Fatehpur Sikri is an abandoned city in Agra. The city was held as the capital of Mughal Empire during 16th century and was abandoned within a decade or two. Fatehpur Sikri means Victorious city. It was built as a symbol of Akbar’s victories during the period. Today, it stands as an interesting reminder of Mughal architecture. You can also find Jain temples inside the walled city, which indicates the growth of Jainism during Mughal reign.

During an archaeological survey in 2000, many antiques, statues and structures that are more than 1000 years old were evacuated. Many Jain statues were a part of the evacuation. Today, it stands as a heritage site and a reminder of ancient India’s architecture, culture and lifestyle. 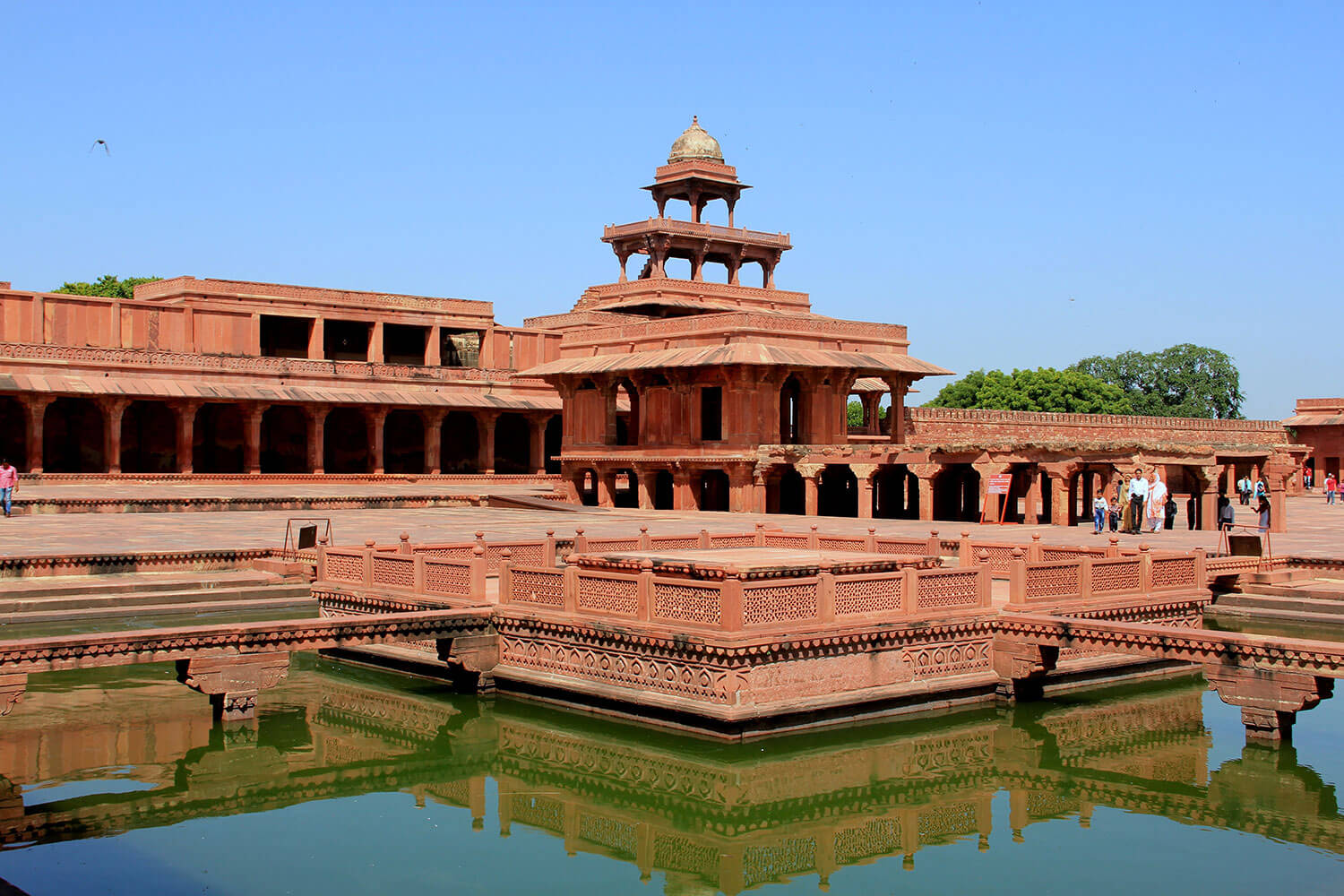 Where is Fatehpur Sikri is located ?

Why Fatehpur Sikri is so famous ?

A wall that runs for around 6 km covers the city. The city is covered on three sides by water. Top attractions inside the city are.

This southern gate leads to a mosque. This gateway is called as Victory Arch. You can find inscription on the walls. There are three arched entrances to the portico and the central one is called as horseshoe gate. In ancient times, a horse shoe was hung in the gate for good luck. Right outside the gate, you can find a deep well.

Jama Masjid is a mosque inside Fatehpur Sikri. It was built in 1572 AD. The mosque has massive entrances, courtyards and other features. There are three mihrabs and the central one has a dome on it. The mosque is decorated with inlay work and geometric patterns.

This is a tomb of Sufi saint Salim Chisti, who lived for around 100 years during 15th and 16th century. The tomb is found inside the complex of the mosque. The grave is encased by a marble tomb. The grave is made with mosaic with wooden canopy. The tomb is surrounded by passageway, which is decorated with stone filled geometric designs.

This is a five-leveled building with each level smaller than the one below it creating a triangle. It was built for the women of the court. There are 176 columns supporting the structure

This is the residence of Akbar’s favorite minister, Birbal.

This is called as Elephant Tower. The tower is covered with projections like the tusks of elephants. It was built as a memorial for Akbar’s favorite elephant.

The museum is located in the treasury house of Akbar. Main Jain statues, paintings and artefacts evacuated from the city are stored inside the museum.

This tomb is made of red sandstone, which holds the remains of grandson of Salim Chishti who was a general in Mughal army. The tomb contains many graves of male descendants of Salim Chisti.

This is a hall used for public to communicate with the king. The hall is famous for its central pillar that has a square shaped base, octagonal shaft and decorated with floral design. The hall has two stone walkways and it is said that Akbar used this hall during his period in the city.

This is a meeting place and worship place of King Akbar.

An ornamental pool with bridges and platform. Many important buildings inside the city are found around this pool.

Residence of one of Akbar’s wife

This is the drum house where drummers announce the arrival of the king. It was the royal entrance during King Akbar’s rule.