Goa is a tiny Indian state, which is located in the Western region of the Indian subcontinent and is popularly known as the “Rome of the East.” It has the 4th smallest population. It has numerous islands and is enclosed by Maharashtra to its North and Karnataka to its east & south. The western coast of Goa is formed by the Arabian Sea. The natives of that state are called Goan and the languages they use are Konkani and Marathi. The official language is English.

Goa covers an area of about 3,702 km2. Goa is one of the major tourist destinations of India with its palm fringed coastline and beautiful water bodies. It is geographically located in the coastal region and is known as the Konkan strip. It has a coastline of about 101 km. There are nearly 90 riverine islands, 8 marine and more than 40 estuarine in Goa. The entire navigable length of rivers in Goa is about 253. More than hundred medicinal springs and three hundred tanks were built during the period of the Kadamba dynast y.

Goa being located near the Arabian Sea and in the tropical zone, experience tropical monsoon. The climate in Goa remains hot and humid throughout the year. May is the hottest month with the temperature of more than 35 °C and high humidity. It experiences monsoon rains in the early part of June till late September. The winter in Goa is experienced from mid December to February. Therefore, the climate of Goa remains suitable throughout the year to have a memorable beach holiday.

Goa is an irresistible travel destination located in India, which is frequented by numerous tourists from all across the globe. Goa has mesmerizing landscape and offers a treat to the nature and adventure enthusiasts. It is a perfect place to spend relaxed moments on the sunny beaches amidst tranquility and nature. One can carry adventurous sports in the sparkling waters of Goa. 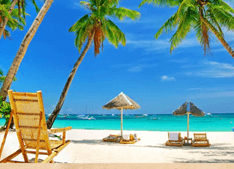 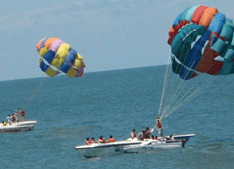 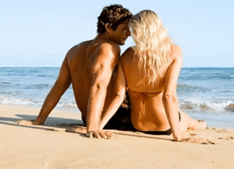 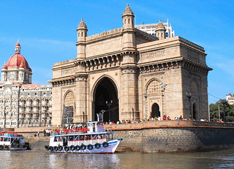 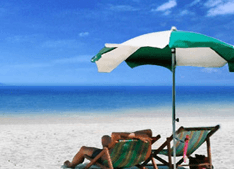 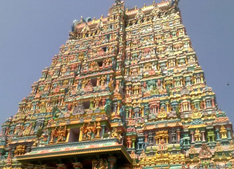 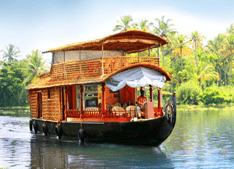 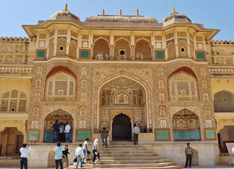 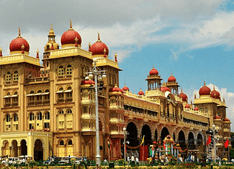 14 Days - Goa and Karnatka from Mumbai 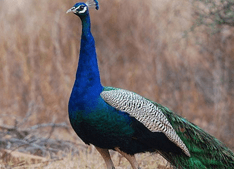 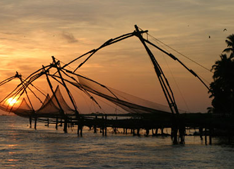 Q. Where is white water rafting available in Goa?

A. White water rafting in Goa is available in the Mhadei River. The river is a stretch of 6 kilometres. The river has both high and low waves. There are narrow passages, whirlpools and everything that that makes this one of the best places in Goa for white water rafting.

Q. When is the best time to visit Dudhsagar Falls?

A. The best time to visit the Dudhsagar Falls in the state of Goa would be during the months of October to May. During this time, it is just the end of the monsoon and there is abundant water in the waterfalls. With abundant of water, this place looks marvellous and enchanting to the tourists visiting this place.

Q. How far is Calangute from Fort Aguada?

Q. How far is the Goa Airport from Panjim?

A. The Goa Airport, also known as the Dabolim International Airport is at a distance of 26.2 kilometres.

Q. When is the best time to visit Goa?

Q. Which are must visit beaches in Goa?

A. Goa is one such state which is famous for the beaches; some of the most visited beaches in Goa are – Morjim Beach, Baga Beach, Candolim Beach, Calangute Beach, Sinquerim Beach, Arossim Beach, Majorda Beach, Benaulim Beach, Varca Beach, Mobor Beach, Cola Beach, and last but not the least, the Palolem Beach.

Q. What is off season in Goa?

A. ‘Off season’ is a term which usually refers to the time when not many tourists visit the place. For Goa, off season refers to the period of months between May to September. During this time, the place has a very uncomfortable temperature and is unbearably hot for the people visiting this place. It is during the beginning of June that monsoon hits Goa and until the month of September, the temperature again becomes comfortable for the people to visit.

Q. How many days are enough for Goa?

Q. Is Goa cheap for shopping?

A. The price of the things in Goa is very affordable. There are many places in Goa where the tourists can go around doing some shopping. Goa is a place which can be considered a shopper’s paradise. Most of the stores and markets in Goa sell their products in a very reasonable price which makes the people want to buy their products.

Q. Which is the famous food in Goa?

A. Goa is a state which offers different national and international cuisines to the people visiting this place. Even with the variety of cuisines presented to the people here, the most famous food in Goa is fish curry and rice. Most of the native dishes in Goa include coconut, rice, port, fish meat and several local spices, for example, kokum.

Q. What is famous Goa?

A.The state of Goa in India is mostly famous because of the beautiful beaches in this state, the nightlife, the parties, the carnivals, the water sports as well as the safety and hospitality provided by the people of this place. Goa is famous even internationally because of the beaches of this state and the Baga Beach here is the most famous Beach of Goa.

Q. Where should I stay in Goa?

A. Goa has numerous beaches which offer a great deal of beauty and scenery to the tourists. Some of the best hotels to stay in Goa are – Backpacker Panda in Candolim, Zosten Hostel in Calangute, Hotel Bonanza in Bagha, Le Blanche Guest House in Calangute, Casa Almedia Guest House in Candolim, Red Door Hostel in Arjuna, Pappi Chulos in Vagator, The Living Room in Vagatore, Wanderer’s Hostel in Morjim, Sunset Beach Huts and Hotel in Mandrem, et cetera.

Q. Is Goa safe for family?

A. Goa, even though is the smallest state in the country, the expenses for a vacation in this country is not very cheap. Goa is practically considered to be more of a state of mind. This place leaves the people with fresh and cheerful minds. Compared to the rest of the tourists’ places in India, Goa is expensive but this place is sure a bargain.

Q. Which beach is best in Goa for family?

A. The Agonda Beach in Goa is one of the best family beaches in the state and is located in the southern part of Goa. The simple coloured boats add to the overall beauty of this beach. It offers a beautiful view of both the sunrise and the sunset of the people travelling to this place. The beach is quiet and calm making it a good family vacation location. There are various restaurants lined along the beach where the adults can sit and enjoy some food and drinks along with conversation while the little ones can play in the beach.

Q. Is parasailing safe in Goa?

A. Para-ascending or Parasailing is one of the most entertaining water sports. It includes two very important instruments which are speedboats and parachutes. This is one of the most loved and prominent sports in the beach cities and is also extremely safe. It is a beach activity and all the safety measures are properly taken.

Q. What is Baga beach famous for?

A. The Baga Beach located on the northern part of Goa and falls under the dominion of Calangute. The place is visited by thousands of tourists from all over the world because of the beach and also the Baga Creek. The Baga Beach in Goa is the most famous Beach in Goa and is famous because of the sports available for people here like banana rides, dolphin cruises, parasailing, et cetera.

Q. Which is most beautiful beach in Goa?

A. Goa is one such place in India which is famous for its beaches. The beaches in Goa all have a differentiating factor which makes it unique from the others. Some of the beaches are sandy, some rocky, some are family holiday locations while some are peaceful and tranquil while others encourages scenes of party. Therefore all the beaches in Goa have a character of their own and thus it becomes really hard to state one beach as the best in Goa. However, if we focus on the popularly known facts about the beaches in Goa, then it is the Baga Beach which is considered to be the best beach in Goa.

Q. Which beach in Goa has blue water?

A. The beach in Goa which has blue water is the Palolem Beach. This beach features some amazing scenic beauty and leaves the tourists enchanted. It can be considered one of the most scenic and enchanting beaches in Goa and has lines of palm and coconut trees. The Palolem Beach is located in South Goa. There are many shops, restaurant and cottages here that make this place a very good spot of hangout for the tourists in Goa. Apart from this one, the other beaches in Goa which are famous for their blue waters are the Patnem Beach, Agonda Beach, Butterfly Beach and the Colva Beach.

Q. What should buy in Goa?

A. Goa is one such place which sells products in a very affordable price and thus many people buy a lot of things form this place. A few things that people can buy from here are Spices, Cashew Nuts, Cashew Feni or just Feni, Music, Handicrafts, Painted Tiles, Wooden Furniture, et cetera.