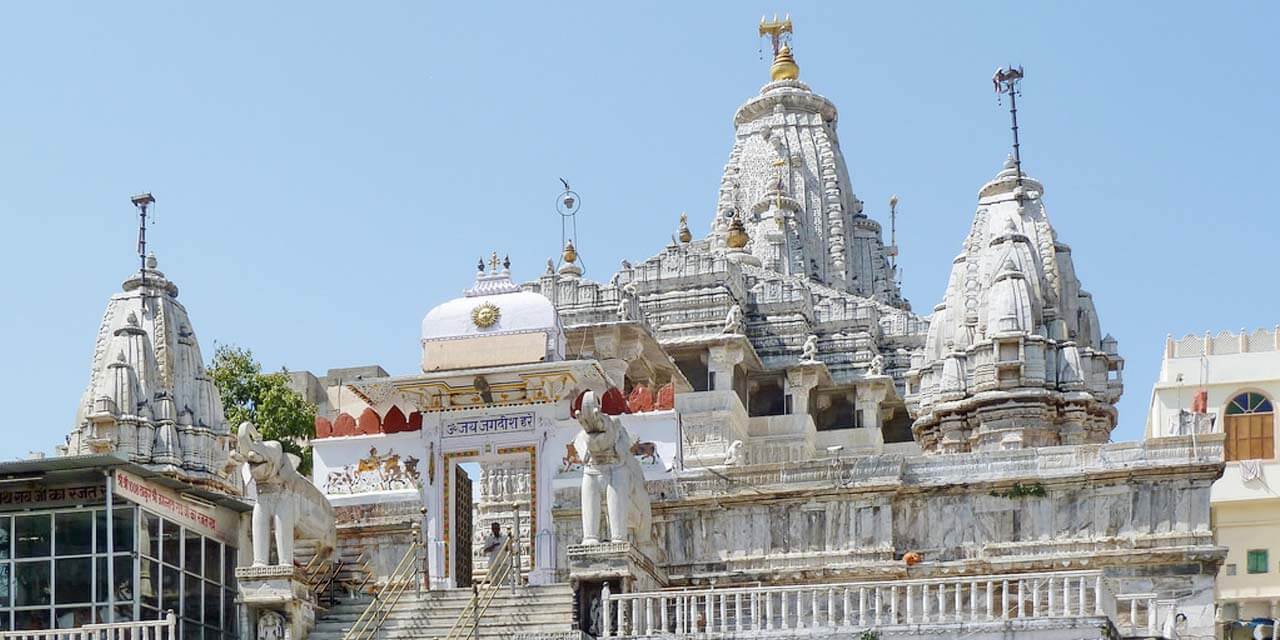 Situated within the City Palace complex of Udaipur, the Jagdish temple is the most popular temple structure in the city that attracts pilgrims from around the world. The temple is the perfect specimen of Indo-Aryan style of architecture with vast pillars, amazingly carved by hands of skilled artisans and with painted ceilings. The temple is 79 feet tall and thus, dominates the city skyline while adding amazing architectural beauty.

Where is the Jagdish Temple located ?

Unique feature of the Jagdish Temple

Inspired by indo-Aryan design styles, this large temple has intricate craftsmanship boasting throughout the structure. The temple is dedicated to the Hindu deity Lord Laxmi Narayan.

History of the Jagdish Temple:

The Jagdish Temple was built by Maharaja Jagat Singh in 1651, whose reign lasted from 1628 to 53. The temple houses the shrine of Lord Vishnu, also known as the preserver of the universe.

Shop and eat around the Jagdish Temple

As it is located centrally within the city complex, there are several eating and shopping options within a few meters distance. Within the temple complex only holy items and prashad items are sold along with flowers and other offering to the deity.