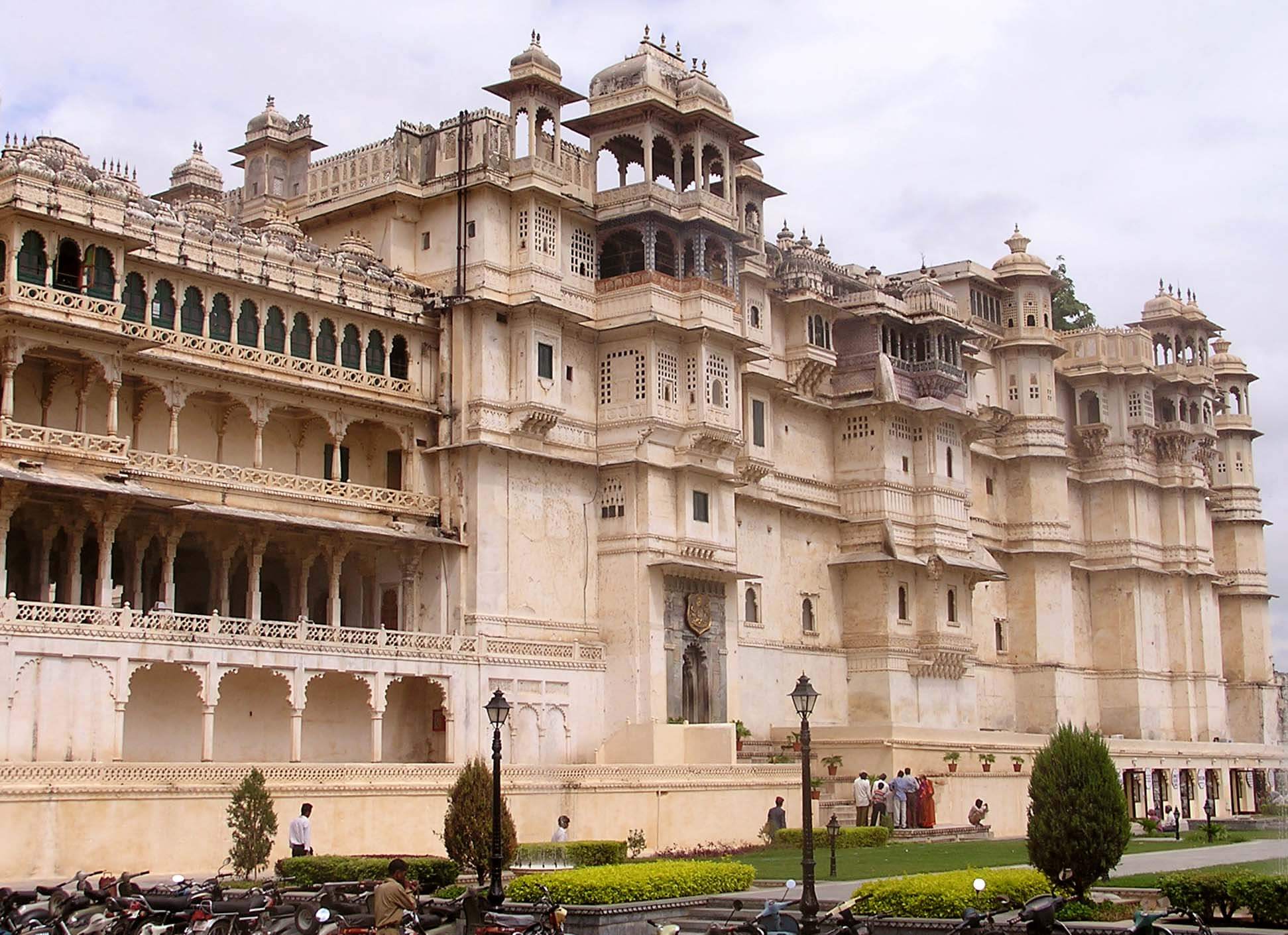 City Palace is the most famous monumental attraction of Udaipur, situated right in the center of the city. It was built over a span of 400 years and has contributions of several rulers of the Mewar Dynasty. It is built with a flamboyant style and is the largest of its kind in Rajasthan.

Where is the City Palace located ?

The palace is located centrally to the city of Udaipur right on the banks of the beautiful Lake Pichola. The view of the sparkling water of the lake is amazing. It can be reached easily by taking transporations like local buses, tongas, auto rickshaws or taxis from anywhere within the city.

Unique feature of the City Palace

The City Palace boasts of a wonderful architecture with blends of medieval European and Chinese. It is fitted with numerous grand towers and domes and arches. It is one of the most popular destinations in Udaipur that towers on the banks of Lake Pichola.

History of the City Palace

The city of Udaipur along with the Palace was built by Maharana Udai Singh II and completed by his successors for the next 400 years. The palace is a historic landmark as the kings ruled and administered their kingdom from this seat. The palaces were also a sight of political unrest and feuds with attacks by the Mughals and later by the Marathas. In 1974, a part of the City Palace and the Zenana Mahal were transformed into museums.

Shop and eat around the City Palace

There are numerous cafes and restaurants near the City Palace to eat while enjoying the great views of the Lake Pichola and the palace. As for shopping, local market is close by to the area with a few minutes of walking distance.