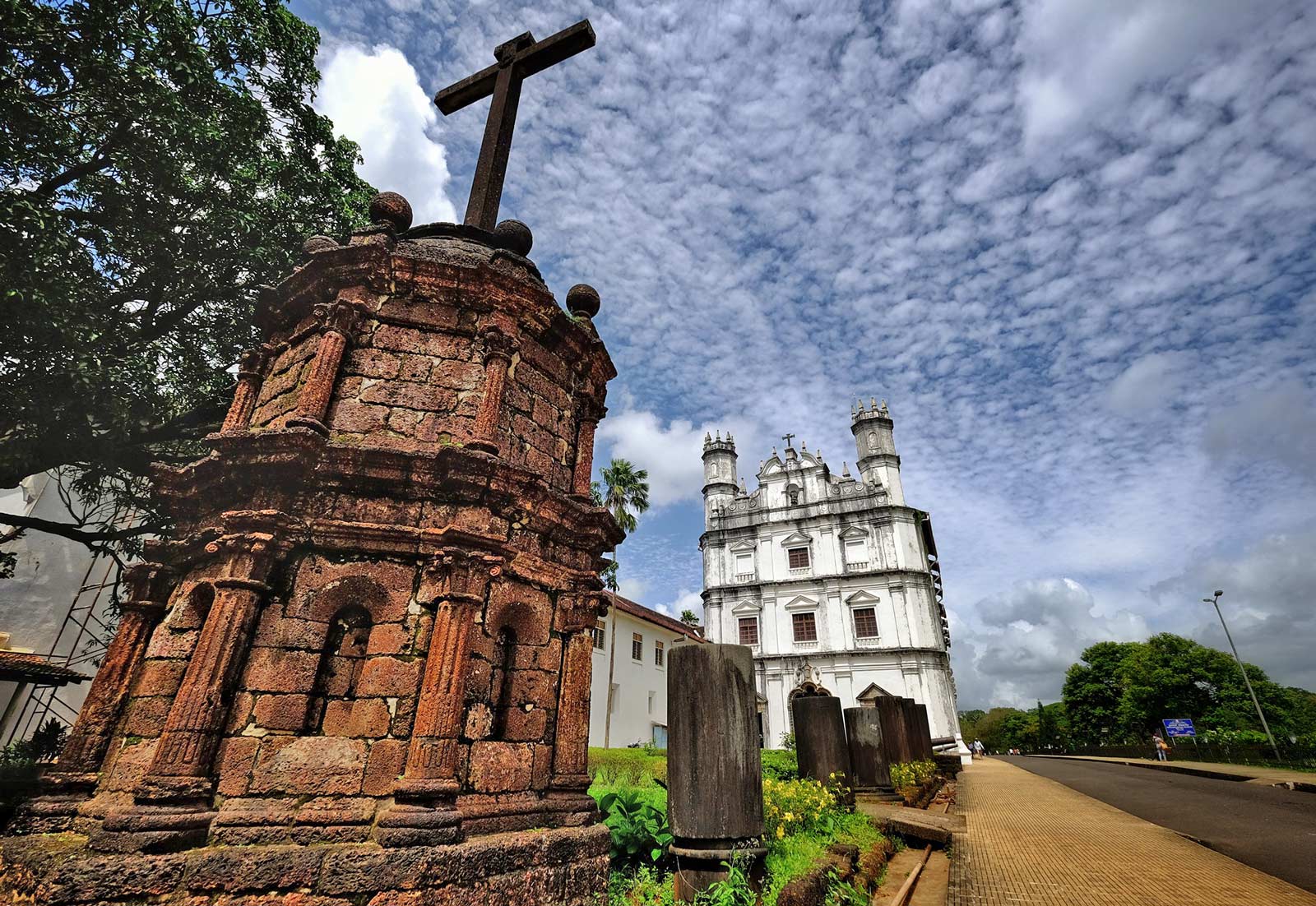 Being the smallest Indian state, Goa lies on the western coast of India. The state has a very influential background. Throughout time, it has attracted a lot of successful merchants, powerful traders, dynasties, seafarers, missionaries and monks too.

This place was one of the most important trading centres of India. The city has transformed rapidly in the field of the socio-economic as well as cultural fields.

Goa had also left a huge impression in the minds of people while going through this transformation. The first ones to settle in Goa were the Brahmins called Saraswats.

They got their name as their origin was on the banks of the river called Saraswat. In the 3rd century BC, Goa was taken in as a part of the Maurya Empire. Later, the Satavahanas of Kolhapur dominated the state and it was after that it was given to the Chalukyas.

It was in the year 1510 that the Portuguese reached Goa. Their intention was to gain control over the spice route and that too from the Eastern side. Goa was the ideal location for them, with its natural harbours and wide rivers.

The Portuguese had gained significant control over the sate while they expanded their reign and they had been in Goa for a long time too. A consequent of this is that many buildings in Goa have signs of Portuguese architecture in them.

In the 18th century, the Marathas defeated the Portuguese and gained back control over the region of Goa. The Portuguese trade in Goa also came to an end by the year 1961, right after the Indian Army had entered Goa.

In the year 1987, Goa was officially declared as the 15th state of the India, under the rule of the then Prime Minister Mr. Rajiv Gandhi. A few years after that, the local language of Goa became a part of the 22 official languages of the country. 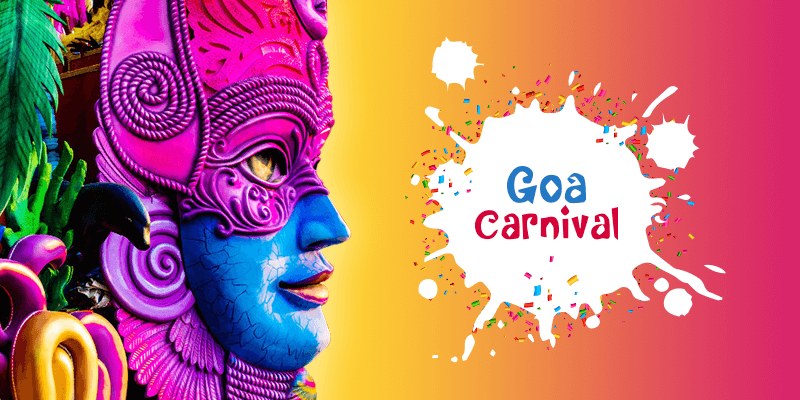 The Carnival of Goa is a yearly occurrence in the state that lasts for duration of three to four days. The carnival marks a time for all the beautiful parades, music, dances as well as a lot of delicious food that is served to the people.

The carnival usually takes place sometime in the last fifteen days of February.

The Celebrations of the Carnival of Goa are usually seen around the areas of Margao, Panjim and Vasco da Gama. Fire eaters, clowns, dancers are a few among the various features that the carnival sports. Hundreds of people from all over the world come to visit Goa due the carnival to be a part of this event.

If the tourists want, they can also take part in the final dance, which is mostly know to people as the Red and Black Dance. In this the dancers mostly dress up in red and black clothes and enjoy and dance with their partners. The tourists don’t need to pay any fee for being present in the carnival, but the participation fee of taking part in the final dance is Rs. 100. 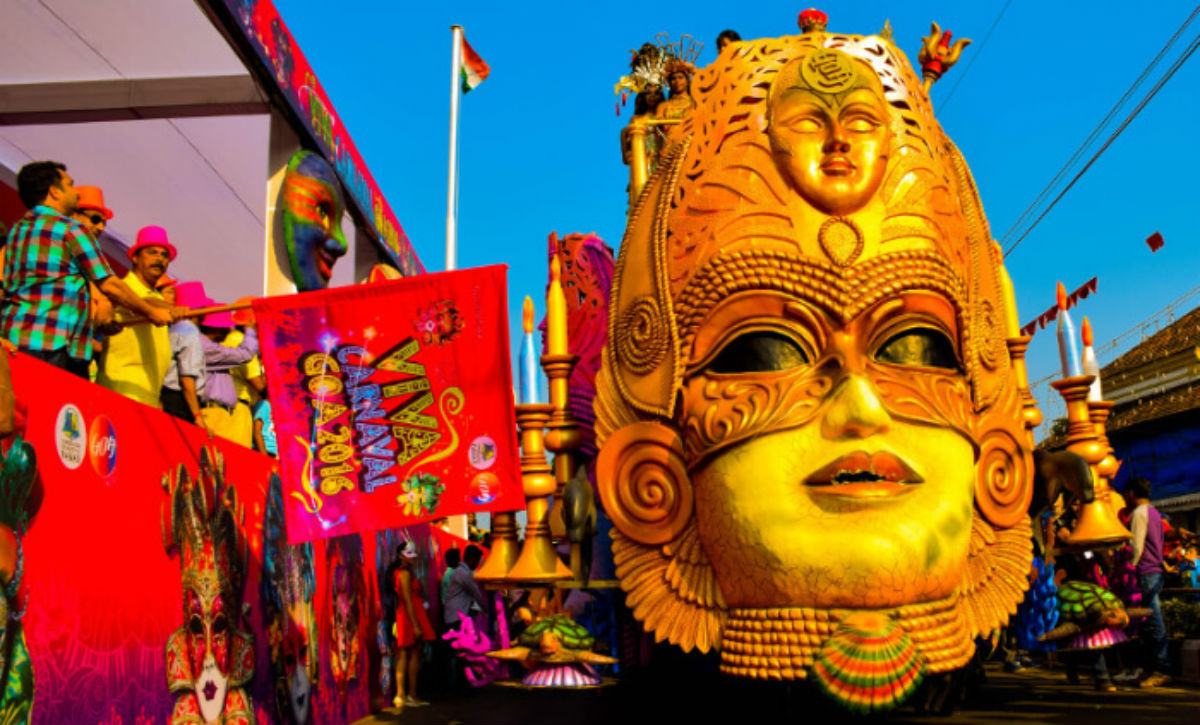 The Carnival in Goa has many other names, like the “Carnaval, “Intruz”, “Viva Carnival”, “Entrado”. It is referred to as the Mardi Gras in Goa.

The Goa Carnival is the largest in India and is also one of the traditional celebrations of the True Catholic Holidays in Asia.

The celebration dates back to the time of the Portuguese conquest of Goa, when the introduction of Roman Catholic traditions took place.

During the days of colonialism, the festival had fallen into obscurity as the Portuguese celebrated the Estado Novo on the same day. It was Timoteo Fernandes who has resurrected the festival in the year 1965. He was a musician in Goa and named it after the Rio Carnival.

The carnival is still arranged in a very traditional way. There are staging of street side local plays. As per the Department of Tourism under the Government of Goa, it is during the carnival that Goa is the most famous and most celebrated event since the 18th century.

In Panjim, that is also the capital of Goa, the carnival is also complemented by the ‘Grape Escapade’, which is a local wine festival and some dnaces in eh Samba Square. According to the tradition, during the time of the carnival, King Mono, who is a local resident, takes over Goa and he presides over the festival during the span that it lasts.

Things to Do During Carnival

There are a lot of interesting things for the people to see and enjoy in the Carnival of Goa. A few of the things that you can see and do in the carnival are –

How to Reach Goa

Goa is a very well connected state. It is connected to the numerous major Indian cities by both train and air, and also by clothes. However, it is important that you note that since this is the peak season of tourism, you have to make the bookings in advance so that you don’t face trouble later on.

The international airport in Goa is called the Dabolim International Airport. After you reach the airport, there are rented cars or cabs that are available to take the visitors further. The airport is very well connected with multiple cities in our country as well as all over the world.

Vasco Da Gama, Madgaon and Thivim are the three main railway stations in Goa. These stations are connected to cities all over the country with the help of the network of trains. Outside the station also there are cabs as well as rental car services to take you to different cities for the carnival.

There are a number of roads that connect Goa to the various other metropolitan cities. However, the one drive that often mesmerises the tourists is the drive from Bombay to Goa. The road trip down NH4, through the Western Ghats will surely hypnotise you with its charm.