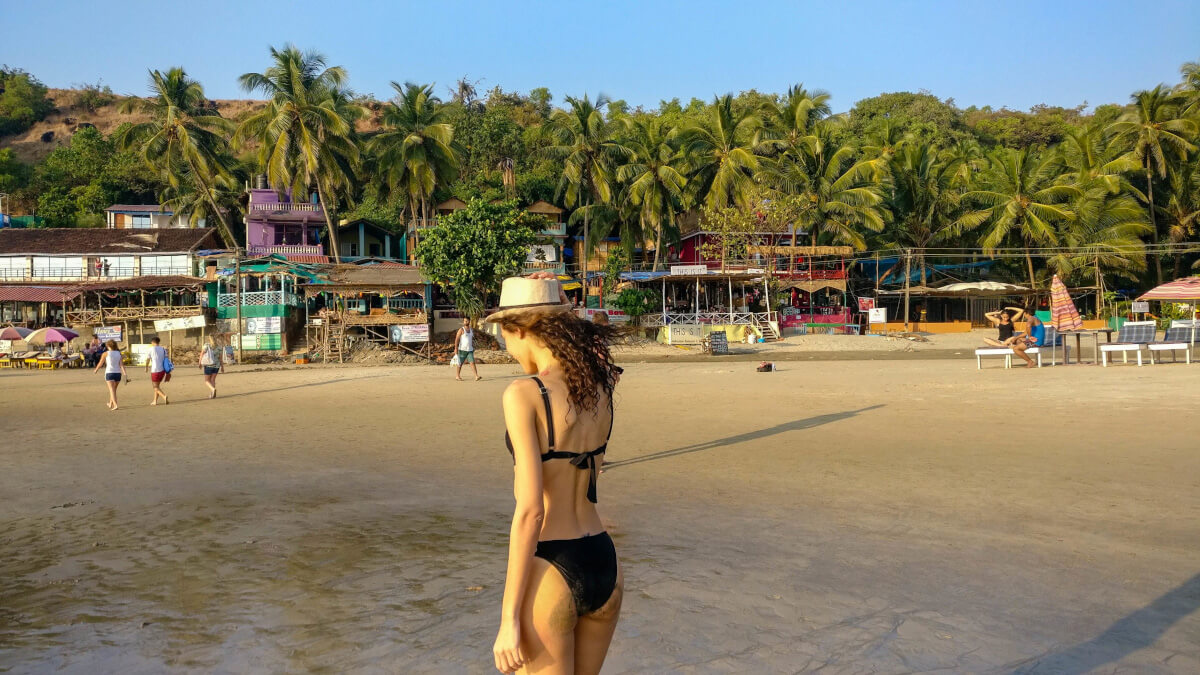 Arambol beach in Goa is sometimes also referred to as Harmal. The beach has rocky and sandy features and has fewer tourists, in comparison to the other beaches. It is at a distance of 35 kilometres from Panaji, in the north of the Mandrem Beach. The entire shoreline of the beach is lined with palm trees and others making it one of the greenest beaches in Goa. The northern side of a beach consists of a thick forest. The famous Banyan Tree, where the music band The Beatles are believed to have meditated is also located in the north. It was in the 1960s that Arambol became famous for the first time when hippies had first arrived in Goa. The hippie culture still exists in these parts now.

2. Arambol beach is considered one of the best paragliding locations in Goa. It gives a mind-blowing view of the sea and the shore, along with the forest as the background. The forest also has very beautiful wildlife and birds.

3. Many yoga and meditation centers. Arambol beach is a great place for complete relaxation there are many meditation and yoga centres here.

4. Aambol beach is also a very good base camp to travel to the other beaches of Goa.

The temperature in the summers is often as high as 36 degree Celsius, making the summers. The monsoons are not so hot but the humidity remains. The best time to visit the beach is winters. Winters here extend from November to February. Along with a comfortable temperature, many activities are also there that can be performed easily in winter. An example of this is paragliding that cannot be done during monsoon due to thunderstorms and also not in summers because of the harsh heat. Economically, this beach depends a lot on international tourism, most of which is from Russia.

How to Reach Arambol Beach

Things to See & Do at Arambol Beach

The beach here is one of the best in North India. It looks beautiful with the forest and a hill in the background. The shacks and restaurants remain open throughout the day. Also, since the number of people visiting the North Goa beaches is few, people also get ample privacy here.

Fireworks is an integral part of this beach. Every shack organises a show of fireworks in the evening and provided their customer food, drinks, and music to enjoy it with.

This takes place in the months of February. The festival is a lot like a Goa carnival where people often dress up in costumes. The celebration continues till the morning and is accompanied by music, dancing, and food. The Armabol Festival is also known as the “Freak Festival”.

This occurs in the months of January and many bands and also musicians from throughout the world come here during this to time person. The genres include Bollywood, sound healing, tribal dancing, belly dancing, salsa, music meditation et cetera.

This event includes yoga, tantra, and music events and also meditation.it occurs over a span of three days in the month of January.