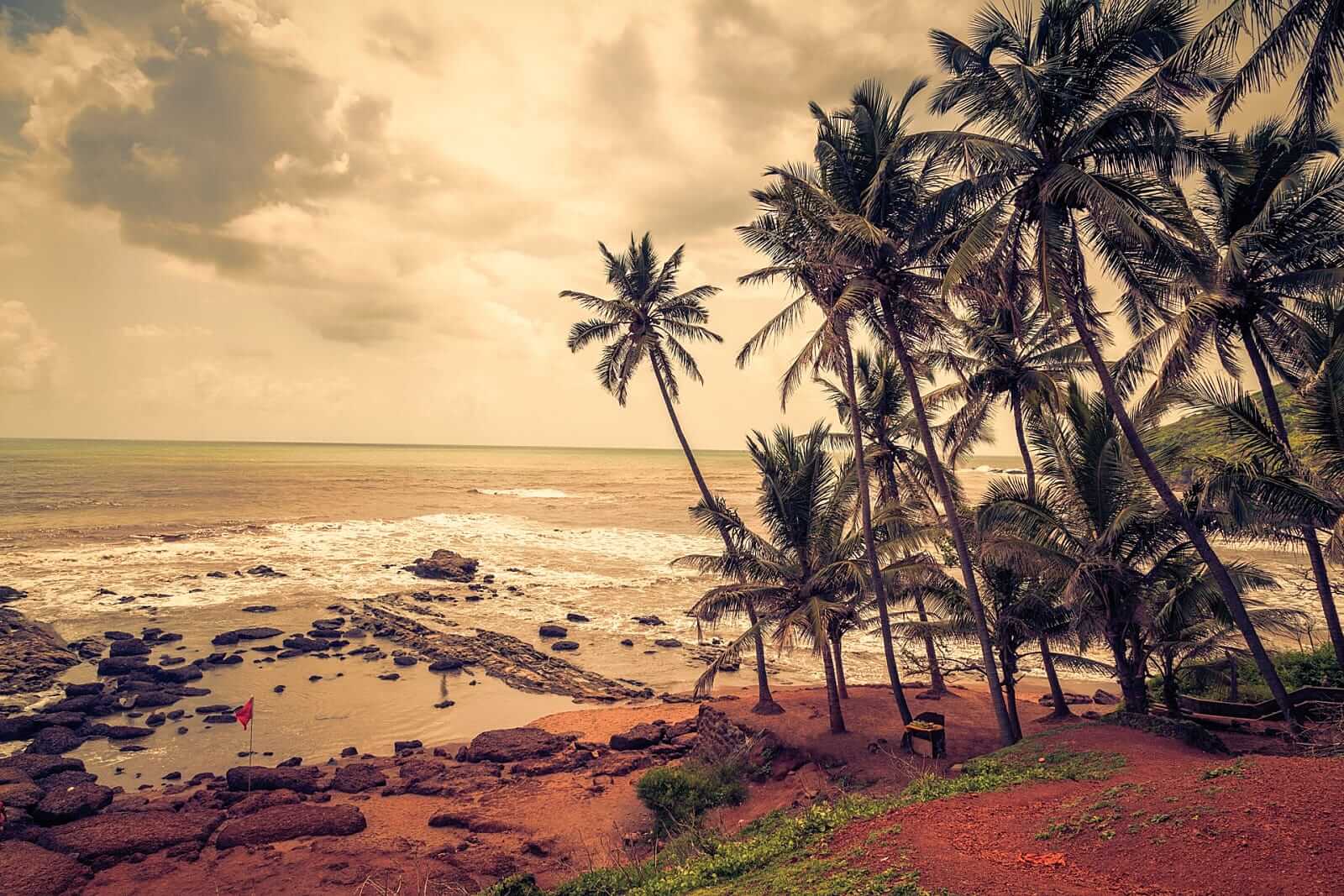 Anjuna Beach is another one of the North Goa beaches. It is located between the Baga Beach in the north and the Ozran Beach in the south. The Ozran beach is also known as the Little Vagator Beach. In the 1960s and 1970s, this was one of the first beaches to gain popularity, mainly because of the hippie culture. This is the favourite location of many backpackers from Europe.

The beach is filled with shacks, restaurants, bars, and cafes. There are many hotels and guesthouses here for the tourists. Unlike the other northern Goa beaches, like Baga Beach,Bandolim Beach and Calangute Beach, this beach is not very crowded. There are recliners and umbrellas right on the beach to allow people to enjoy the beauty of the place. The parties here are also very wild, especially during the peak tourist season. The nightclubs here are also numerous in numbers.

1. Anjuna Beach is just at a distance of just 6.9 kilometres from the Baga Beach.

It is one of the first beaches of Goa to achieve international fame. Many tourists visit this place, most of whom are foreigners. There are hippies too who are found in large numbers in Goa.

3. Even if the Anjuna Beach is not the most beautiful beach in the state, it is one of the hottest and happening destinations.

4. There are many water sports available here such as speed boat, banana rides, jet skiing, and paragliding.

5. The beach stretches for 1.5 kilometres. It is narrow in some places and the sand in the southern part has a golden colour.

6. The Portuguese Chapora Fort is only 5 kilometres away.

Anjuna Beach is one of the most popular beaches of Goa and the tourists come here throughout the year. However, the number is high during the months of November to February, which is the winter season. This is considerably the best time to visit the beach as the weather is very nice and the shacks are all open.

How to Reach Anjuna Beach

If you are travelling by air, the Dabolim International Airport is only at a distance of 45.8 kilometres from this beach. The airport rents taxis that take the travellers to the beach through the NH66. The connecting airlines through this airport are Air India, Indigo, Spice-Jet, Etihad, Air Arabia, Air Asia, Qatar Airways, and Jet Airways. The closest railway station to this beach is the Thivim Railway Station. It is only 19.3 kilometres from the Anjuna Beach. the Vasco da Gamma station is further ahead by a distance of 46.9 kilometres. By road, the Anjuna Beach is connected to the state capital Panaji by road and is only at a distance of 22.2 kilometres.

Things to See & Do at Anjuna Beach

It was started by the hippies and is now one of the most popular parts of Goa. It is open on Wednesdays from 9 AM and 6 PM. All kinds of things are found here.

Many yoga retreats are found in this area. Some of them are the Purple Valley Yoga, Swan Yoga, and at Tito's White House. They provide week-long classes as well as therapeutic massage services here.

St Michael’s Church is one of the oldest churches here. The statue of St. Michael here is very famous. The main attraction of it is the beautiful architecture.

During the daylight, Anjuna is a very laid-back place with Indian and foreign tourists relaxing on the beach, excluding the flea market area. It is in the evenings that it comes to life when the party scene begins. Full-moon parties are also held here.

The top nightclubs in this area are

This is a very relaxed club but becomes very notorious after the beginning of the party. It is located on the southern side of the beach. There is also a rooftop lounge and an enclosed late-night dancing area.

This café is closer to the flea-market and is another one of the top nightclubs in Anjuna which is famous for nightlife in Goa. There is accommodation too at the back and serves as a day-restaurant as well.

This has developed to become a complete trance clubs from just a beach shack. Parties are held here all-night-long especially on the Tuesdays. Shiva Valley is also located at the southern end of the beach.

The UV Bar is located at the extreme north of the beach. It is also fast developing as a hot party destination.