Southern part of India is an identical region with distinct culture, which makes it different from the other parts of the country. Every state of South India has its own different identity, involving intricate architectural wonders of temple, historical ruins, beaches, palm fringed canals and hills that will provide a promising trip to South India. During your south India tour, you must visit the well known tourist destinations.

Unique places such as Hampi, Varakala, Wayanad, Kochi, Mysore, Madurai, Pondicherry, Thekkady, Mamallapuram, Kumarakom and attractions like Mudumalai Wildlife Sanctuary, Kerala backwaters, Marari beach and other such places will surely make your holiday a perfect one.

Hampi is one of the top historical destinations of India located in Karnataka. It was once the capital of the greatest Hindu empires- Vijaynagar. It is known for its attractive ruins of 14th century which covers an area of about 25 km. It also has 500 monuments of ancient times. A trip from Goa to Hampi is very popular among tourists.

Kochi also known as "Gateway to Kerala" is a charming city having the influence of the British, Arabs, Chinese, Dutch and Portuguese. It is popular among worldwide for its Chinese fishing nets. Besides, it also has famous sites with architectural and historical wonders. Feel the luxury by experiencing the traditional Ayurvedic treatment and enjoy Kathakali dance performance in the evening.

Kerala Backwaters is one of the major attractions of South India. One can take a luxurious trip of the tranquil backwaters through the traditional house boats. Enjoy relaxing moments on the well equipped houseboats and relish the traditional food of Kerala.

Varkala beach is one of the breath taking beaches of Kerala surrounded with winding stretches of cliff, extended over the Arabian Sea. You will get to admire the picturesque view of footpath fringed by coconut palms, beach shacks, quaint shops, guest houses and hotels.

Madurai which is located in Tamil Nadu has many prominent and impressive temples of south India. The most popular amongst all is the Meenakshi Temple. The city is over 4,000 years old and is known as a center for Tamil culture & learning.

If you wish to visit a place that include everything right from nature, adventure, spirituality, relaxation, rejuvenation, entertainment all together then book an extensive trip for South India. 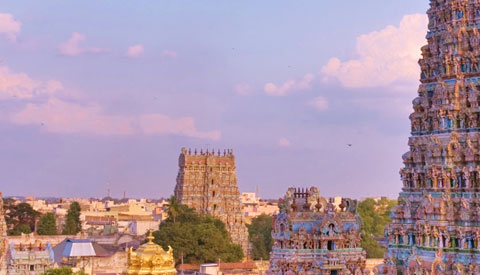 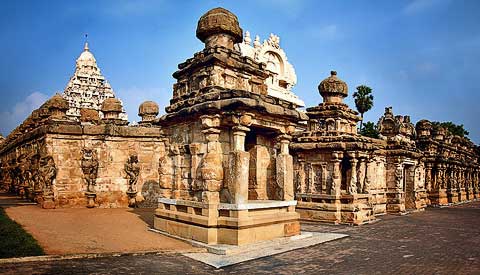 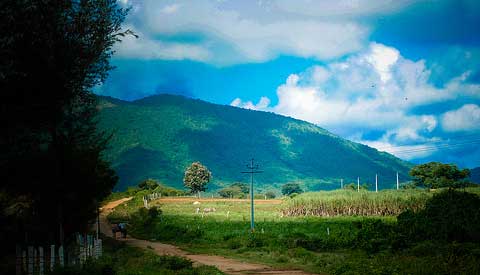 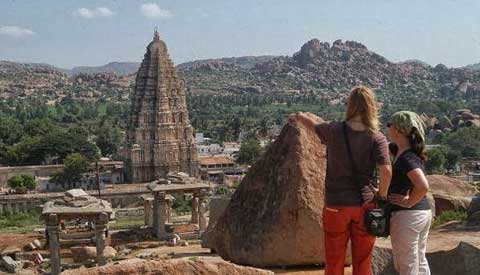 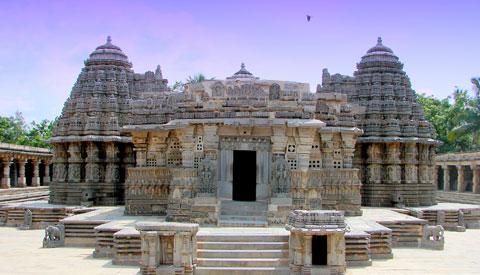 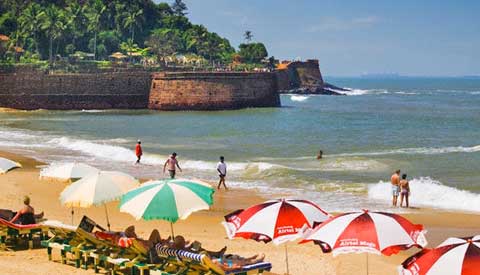 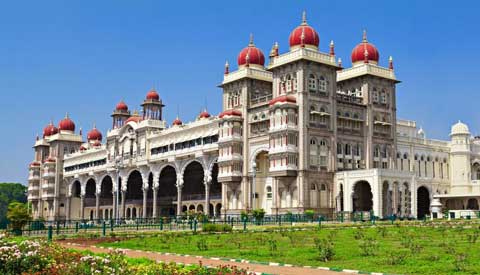 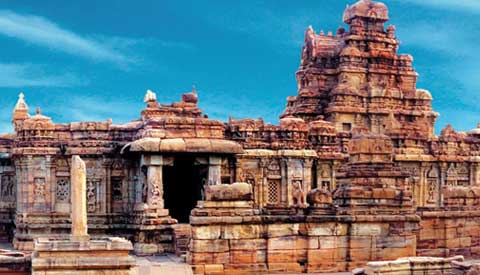 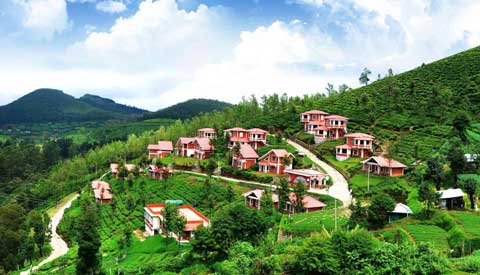 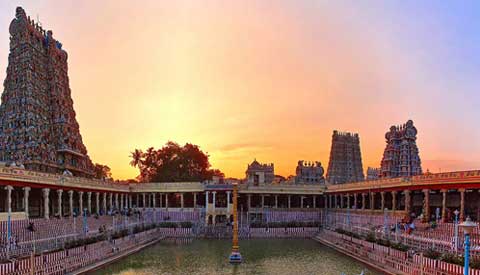 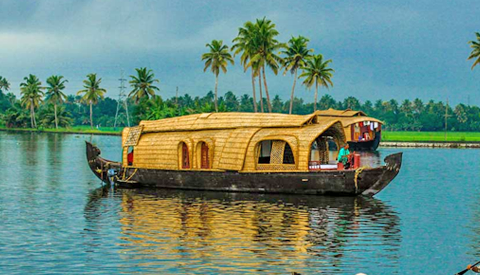 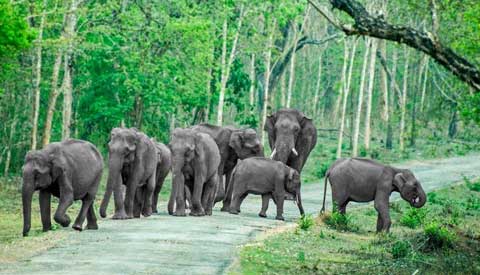 Things To Do In Kerala

FAQs for Travelling to South India

Q. What are the best places to visit in South India?

A. South India has many interesting places to visit as this part of India offers hill stations, beaches, historical edifices, backwaters, waterfalls and the list goes on. Some of the most famous places are: Coorg in Karnataka, Ooty in Tamil Nadu, Hyderabad in Telengana, Goa beaches, Alleppy in Kerala, Araku Valley in Andhra Pradesh, Munnar in Kerala, Andaman Nicobar Islands, Puducherry

Q. When is the best time to visit South India?

A. Winter is the best time to visit South India as the weather is very comfortable during this time as the humidity of this place is at its peak during summer months. Ideal months would be from December to February.

Q. Which are the best temples in South India?

A. There are innumerable temples in South India. I amjust stating 10 best temples you should visit. They are:

Q. Are cameras allowed inside the temples in South India?

A. Most of the temples in South India do not allow cameras in their premises. However, some temples allow the visitors to carry cameras inside the temples at a nominal fee which can be anywhere betweenRs.50 to Rs.100.

Q. Is there a dress code to enter temples in South India?

Q. Is it safe for a woman to travel solo in South India?

A. It is quite safe for a woman to travel alone in South India especially in towns. It is better to avoid deserted places and travelling alone at night. However, you need to be extra careful while travelling solo by choosing the right accommodations and right clothes. People in South India are generally helpful but you need to be really alert all the time while asking for directions or other help.

Q. Which are the South Indian states?

Q. What to pack for my South India tour?

A. The followings are the essential items to be packed while travelling to South India: Clothes-South India has both beach and hill stations, so both types of clothes warm and light cotton fabric are required.Some traditional Indian clothes to wear to visit temples. Footwear-Comfortable foot-wear, either slip-ons or sports shoes for long journeys in case of sight-seeing. Virtual cash- Carry cards as well as cash. Electrical chargers/power banks/power plugs - Carry the smartphone or laptop chargers with you and if possible try to carry your power banks as well as power plugs. Scarf- Make sure to carry a scarf to use it to protect your head and face from dust and pollution and to enter some religious places. 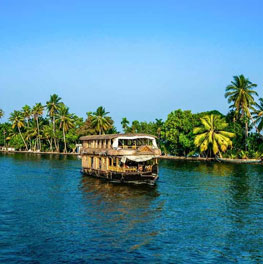 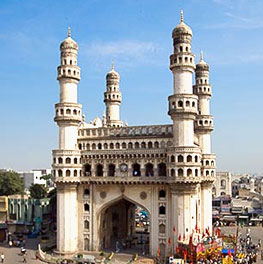 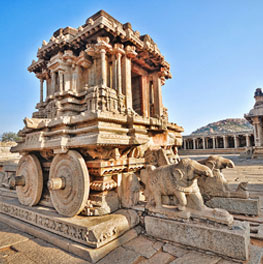 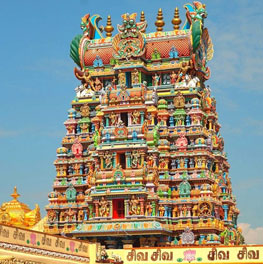 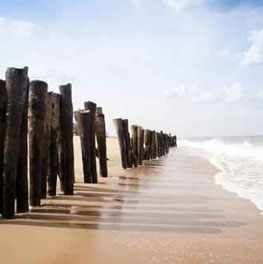 Pondicherry
Welcome to our Help Centre!!