Lodhi Garden in Delhi – Most Interesting Places to Visit

Delhi is the place well known for monuments. Lodhi Garden is the historical garden, older than Mughal age. It is extended to about 90 acres and had many tombs and monuments.

It was built in the 14th Century during the time of Tughlaq dynasty. It is a less known place for relaxing and sightseeing in Delhi. 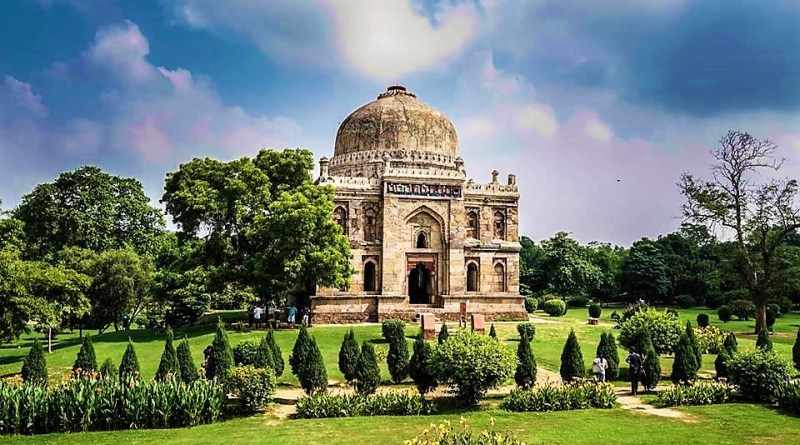 Lodhi Garden had tombs of Bara Gumbad, Sheesh Gumbad, Sikandar Lodhi and Mohammad Shah. Lodhi Garden was developed by Britishers in 1936 and is named after the wife of the Governor General of India, Lady Willingdon. After the independence in 1947, it was renamed as Lodhi Garden. A major makeover for the Lodhi Garden was done by acclaimed architect Joseph Allen Stein and American landscape architect Garrett Eckbo.

The mysterious turret is considered as the garden’s oldest structure. According to historians, it is a part of the fort walled complex which belongs to Tughlaq dynasty. But the wall no longer exists now. It is to be said that most of the monuments in the Lodhi Garden belong to succeeding Sayyid and Lodi dynasties. It was their royal burial ground during the 15th and 16th centuries. The oldest of its tombs is that of Sultan Muhammad Shah Sayyid, the third ruler of the Sayyid dynasty. His reign lasted from 1434 to his death in 1444. Built-in 1444 by his son, Alauddin Alam Shah Sayyid, the tomb is the only remaining legacy of the dynasty in the garden.

The gardens prominent monuments were constructed by Sikander Lodhi (1489-1517). They are Sheesha Gumbad, Bara Gumbad complex and Sikandar Lodhi’s tomb. During the reign of Emperor Akbar, the garden is having a rare surviving structure which is called an arched stone bridge named Athpula, constructed across the River Yamuna. Restorations of the monuments are currently being done by the Archeological survey of India.

Things to do in Lodhi Garden

Lodhi Garden is well known for monuments, which are the primary attractions. If you feel to know about history, then go for a guided walking tour. Delhi walks offers the best options such as Legacy of Sayyids and Lodhis tour. Periodic group walking tours will be conducted by Delhi Heritage Walks into the Lodhi Garden. 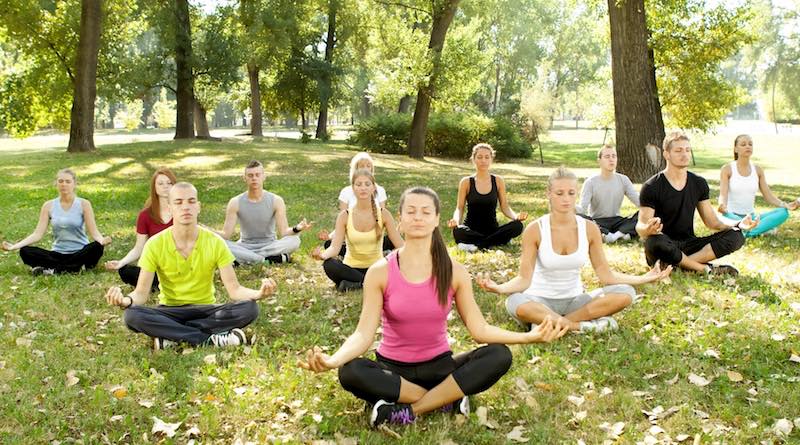 Yoga and Meditation at Lodhi Garden

Residents of Delhi used to start their day at Lodhi Garden with activities such as Jogging, Yoga and Cycling. If you are looking to take part in this, you need to book for the comprehensive 2-hour morning class which was conducted by Vidhi of Awaken Inner Buddha Yoga and Meditation.

When you enter from the main gate and turn left, you will reach the tomb of Muhammad Shah Sayyid. It features an octagonal design and an elegant Indo-Islamic architecture with a small-style chhatri that surrounds its distinctive central dome. There are other graves inside the tomb which presumably belongs to the family members.

Between the Bada Gumbad complex and Muhammad Shah Sayyid’s tomb, there is a small 18th-century mosque. It is one of the finest and largest monument during the Lodhi era. The impressive main structure of the dome is believed to be the gateway to the installed mosque, built in 1494 because it has no graves. There is a minaret at the corner of the mosque which resembles the Qutub Minar in Delhi. There is an arched pavilion, Mehman Khana which looks like a guest house and located opposite to the mosque. 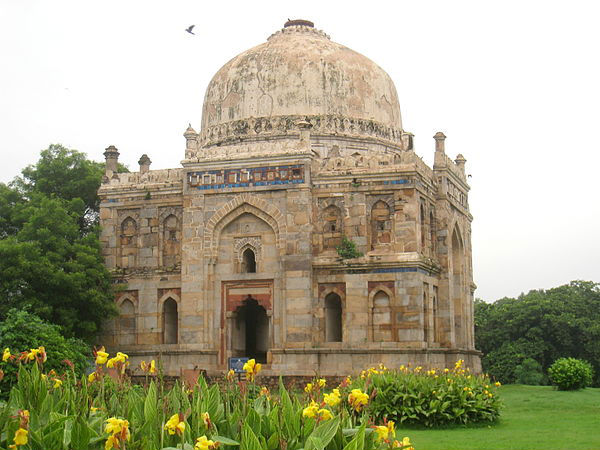 Sheesh, Gumbad is located opposite to that of the Bada Gumbad complex. It contains many unidentified graves which are claimed to be the tomb of Lodhi dynasty ruler, Bahlul Lodi who died in 1489. The highlights of this Sheesh Gumbad is the blue tiles, which covers most of the exterior including the dome. 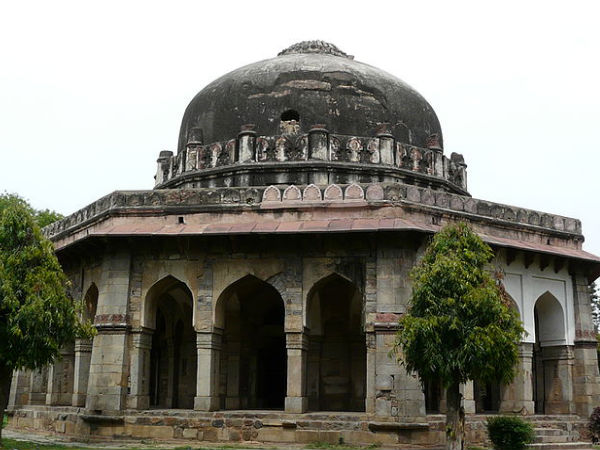 Sikandar Lodhi’s tomb is located in the north of the Sheesh Gumbad. It is covered by a substantial protective wall that has a complicated gateway. When compared to other tombs, it is not really impressive. It is estimated to be a tomb of Muhammad Shah Sayyid, minus the chhatris on the roof.

In the right of the Lodhi’s tomb, there is a lake of Mughal-era covering a part of it. After entering the exit gate, near Khan Market, you can find an old wrought iron gate that opens to Rajesh Pilot Marg. There will be historical inscriptions on the pillars, stating “The Lady Willingdon Park”, “9th April 1936”.

On the west side of the Garden, there are few other monuments in the entrance of Gate number 3. The tower is on one side, and the ruins of the gate walls of the Mughal era and the small mosque on the other side.

In addition to this historical monuments, there are major attractions for the nature lovers like Butterfly Park, National Bonsai Park, glasshouse, rose garden, herb garden and duck pond. Almost 30 species of birds are located here.

Nearest to do at Lodhi Garden 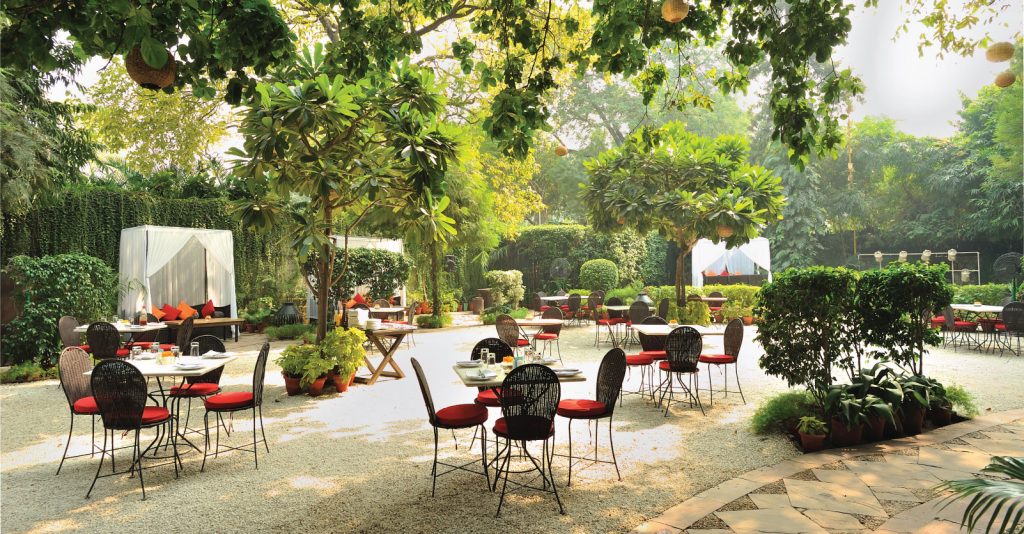 Lodi – The Garden Restaurant is located near Gate 1. The Garden Restaurant borrows tranquillity from the adjacent Lodhi Park, a peaceful heritage park and gardens that must be visited by tourists & locals. It has many trees that are more than a century old and have a vast history, Lodhi Gardens offer 16th & 17th-century Mughal architecture and beautifully decorated tombs with well-arranged gardens consisting of small bodies of water and various flora, fauna. There are many other places to eat near Nizamuddin, Lodhi Colony and hip Khan Market.

The Lodhi Colony district in Delhi has undergone a metamorphosis in recent years. Stunning street murals, part of the open-air Lodhi art district, have transformed the facades of the buildings between the Khanna Market and the Meher Chand Market. Trendy restaurants, serving all kinds of international delhicious cuisine, have also opened in the area. 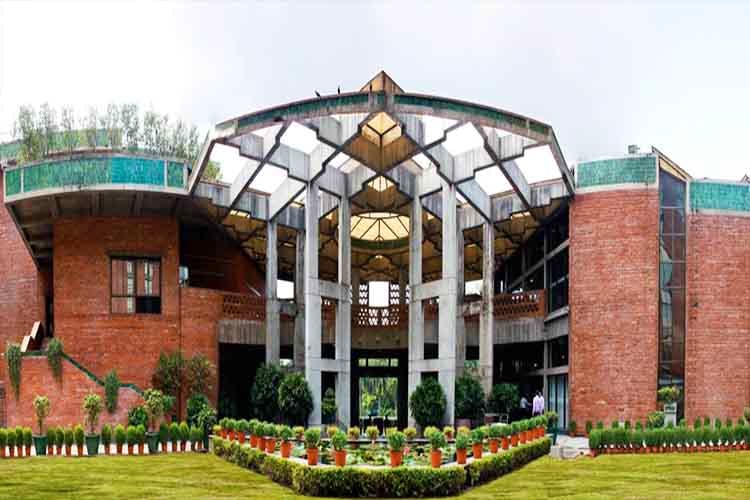 India Habitat Center is located on the Lodhi Road, next to that of the Lodhi Garden. It contains regular cultural events, exhibitions and art gallery.

The Tibet House will open up a gateway for the Tibetan culture. These centred activities extend beyond the circle of Tibetan and Buddhist scholars, combining layperson and scholars from many disciplines, artists, and social activists. The Tibetan House was founded in 1965 by the Dalai Lama to preserve and spread the unique Tibetan cultural heritage and to provide Tibetan and Buddhist studies centres. Since then it expanded the horizons.

A major part of the year, Delhi will be heated up. During the months of summer, the temperatures will be too hot and are not a good time for sight-seeing and tourists.

October-March is the best time to visit the wonderful places like Lodhi Garden. Spring and Winter seasons will offer an optimum climate for visiting all the monuments in Delhi.

Read more about the Weather of Delhi

No entrance fees will be charged for the tourists or visitors.

How to Reach Lodhi Garden

Indira Gandhi International Airport is located near to the Lodhi Garden, and from there we can reach by buses or cabs. The transportation will be hassle-free and smooth from here.

JLN metro station is located in the close vicinity of the Lodhi Garden. It is the best and easy way to reach. Read the article about Delhi Metro Train Travel

There are many cabs and public bus transportation facility is available.

Planning to explore Delhi ??? There are so many customized tour packages for you. Just explore the website – Visittnt.com which makes your tours easy and hassle free and also makes your Delhi tour memorable.