The Red Fort is a hugely built Mughal Fort which extensive Red stone walls rising 33 m above the vast region of central delhi. It is a reminder of outstanding super power of the Mughal Empire. The Red Fort was built in 1638, were actually designed to keep safe from the invaders.

The main gate of entrance which is also known as the Lahore Gate, is one of the most amazing, dramatic and opulent display of the modern Indian nation and it also attracts a huge number of crowd on India’s Independence Day.

Inside the Fort premises is a display of treasure of the buildings as such the Drum House, the Hall of Public Audiences, the white marble Hall of the Private audiences, the Pearl Mosque, Royal Baths and also the Palace of Colour. Red Fort is the one of the famous sight seeing attractions of Delhi. 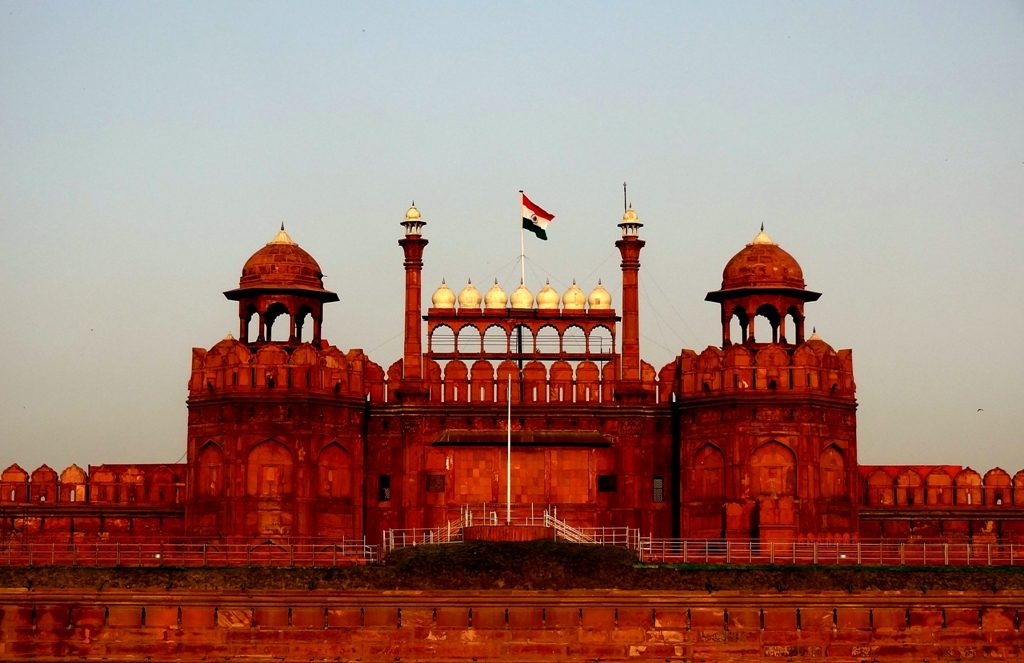 History of the Red Fort in Delhi:

The Red Fort was built by the famous Mughal Emperor, Shah Jahan and was around the years of 1638-1648.  The Red Fort was originally built to be referred as the ‘Qila-i-Mubarak’ which means the blessed fort as it was the residence of the royal family.

The layout of the Red Fort was organised in such a pattern so as to integrate the site with the Salimgarh Fort. The planning and the creation are an evidence of the Royal Kingdom of the Mughal Empire. It was prevailed in the present location since the rule of the greatest Mughal Emperor, Shah Jahan.

The Red Fort was considered to be the palace for the Mughal Emperor Shah Jahan’s new capital, Shahjahanabad and was the seventh great city in the Delhi region.  The Red Fort also showcases very high level of art work and also ornamental work. The art work is a blend of Persian, Indian and European art which turned out to be the development of a unique Shahjahani style as of rich in formation, expression and colour.

The Fort was also victimised by the December 2000 terrorist attack by the terrorist group Lahkar-e-Toiba which killed two soldiers and also one civilian. It was later considered as an attempt to end the Indo- Pakistan peace project in Kashmir.

You can also like to read the Shah Jahan Life History

Check out the some of the famous tour packages of Delhi

The Light and Sound Show Description: 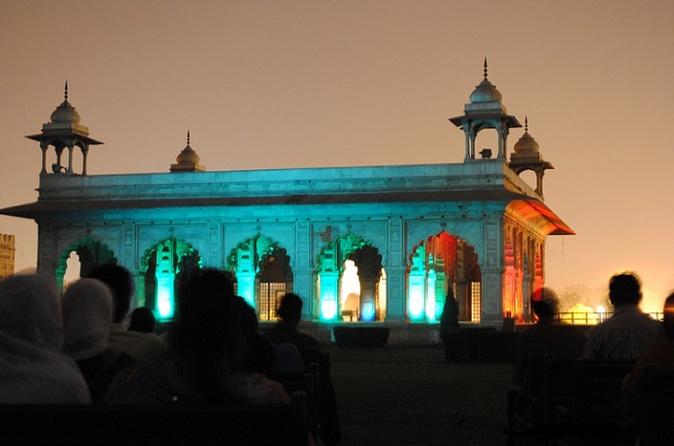 The Sound and Light Show is organized at The Red Fort which is of 1 hour audio video as it showcases the history of Delhi and Red fort. It has the voice of the Indian History auditing as of how the Mughal Emperor Shah Jahan identified the place to built the city for her daughter and also building a huge market near the city.

It also explains the good deeds of the emperor towards the city and his eternal love for the city and also explains the last days of the Mughal Emperor where they lost to the Britishers. The show also displays the Indian Independence struggle which is commenced through wise speeches of Chandrasekhar Azad and Mahatma Gandhi with a pride moment to capture the tunes such as Vande Mataram and Sare Jahan se acha.

Concludes with a speech by Jawaharlal Nehru and the Indian National Anthem Jana Gana Mana is also sung towards the ending. The sound and lighting shows are a perfect blend of Indian History, Culture, tradition and the display of ruling empires. A must watch for the foreign tourists so as to get a brief knowledge on Indian history, tradition and culture.

Check out the famous shopping places in Delhi

Entry to the Red Fort light and sound show:

Important Note: Ticket prices are same for both English and Hindi shows.

Read also: Holidays Ideas for Kids Under 10 Years in India

How to reach the Red Fort in Delhi:

The Red Fort is located nearby to Chandni Chowk and is well connected from all the major areas of Delhi. However the way to connect is the Delhi Metro as the nearest Metro station is Chandni Chowk (yellow line). You can also book a taxi or hire an auto to the Red Fort. Delhi metro is the one of the convenient and cheapest way for travelling in Delhi.

Know more How to Reach Delhi

Check out the famous tour packages of India