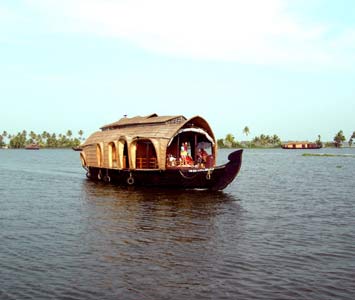 15 Days Classical India with Kerala Backwaters tour, one of the memorable journey of the lifetime offers the glimpse of the classical India by visiting. well-designed monuments of the Delhi are the evidence of the rich culture. Agra is often remembered only for the most visited place i.e. Taj Mahal. Next, Moving from Varanasiand then Khajuraho, we again are

we again are trapped in the hands of the Indian culture which dates back to the old times. Khajuraho Temples sculptures which are the main attraction describes perfectly love and passion along with the elegant and rare works. Kerala backwaters tour has been one of the most enjoyable and prime tours when you are in the South India. The green vegetation, silent water and the rich flora and fauna makes it the must visit tour in the tours organised by the Visit India Travel.