Nepal is one of the very few diverse destinations with many variations in nature, culture, religion, lifestyle and so on. Each community in Nepal uniquely enjoy their traditions. Most of these traditions are several centuries old and are celebrated for specific reasons and with colour.

There is a reason why Nepal is the Land of Festival. Due to the thought of numerous communities, the number of festivals in the calendar is diverse.

Each community honour and enjoy the culture of the other areas too. This is the main reason for a harmonious lifestyle in Nepal. It is not easy to list all the festival in Nepal. However, we have taken efforts to pin down the major festivals, which have interested tourists from various parts of the world.

Top 10 Most Celebrated Festivals of Nepal 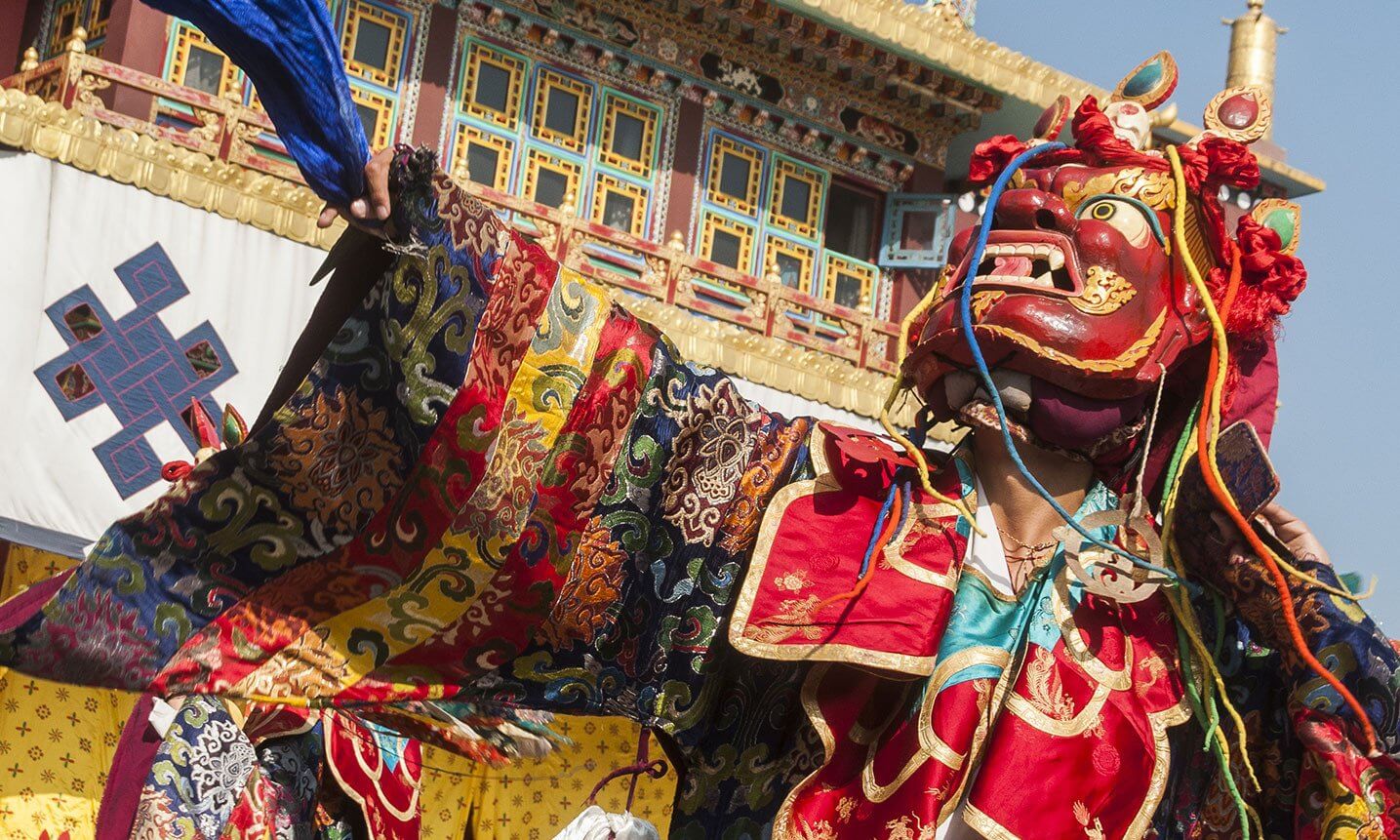 Every region and every religion has its start of the year. Not everyone looks up to the Georgian calendar. When it comes to Nepal, Buddhism is an important religion and locals observe Losar as the beginning of the year.

Once again, you need to take diversity into account. Although the entire country celebrates Losar as New Year, the date of Losar varies with each community. Sonam Losar has rejoiced in Yolmo and Tamang communities, Tola Losar is celebrated in Gurung communities and the Sherpa and native. Tibetan communities of the hills celebrate Gyalba Losar.

All the types of Losar include dancing, merrymaking, feasts, religious rituals, processions in monasteries, mask dances by monks, display of religious scrolls and many others. This is the best time to enjoy various Nepali Cuisine. 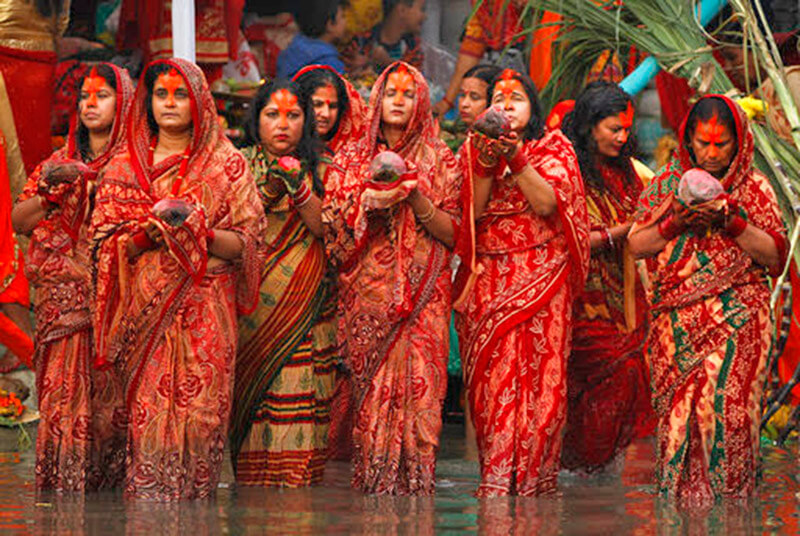 This is a four-day celebration, which takes place in November or October, based on the lunar calendar. This festival is celebrated by the Mithila natives and it is the iconic celebration of Terai community.

The celebrations of this festival are focused on paying tribute to the Sun God for his mercy and light over the people. The locals fast during the daytime, praying for prosperity and wealth.

After worshipping the sunset, they sit down for a lavishing feast. Other important rituals of this festival are a holy dip in the river, water diving, preparing unique delicacies for Sun God and so on.

After fasting, you get to taste those delicacies. Dishes that are tried during this festival are Anarsa and Thekuwa. Unfortunately, these dishes are not made during other times.

If you are familiar with Indian festivals, it is quite similar to Holi, the festival of colour. Celebrated at the same time as Indians, Fagu Purnima is celebrated in February or March. This festival is enjoyed by spraying colour water on each other.

According to mythology, Prahalad, a devotee of Lord Vishnu was a commission to be killed in a fire, by his demon-king father. His aunt, demoness Holika took him in her lap and set herself on fire, assuming that the fire will kill Prahalad and leave her unaffected because of her powers.

However, in the end, Holika burnt to death, while Prahalad walked out of the fire, without a scratch. To save the kid, the locals sprayed water on him. As a tradition, today, locals spray each other with colour water, celebrating the victory of good over evil. 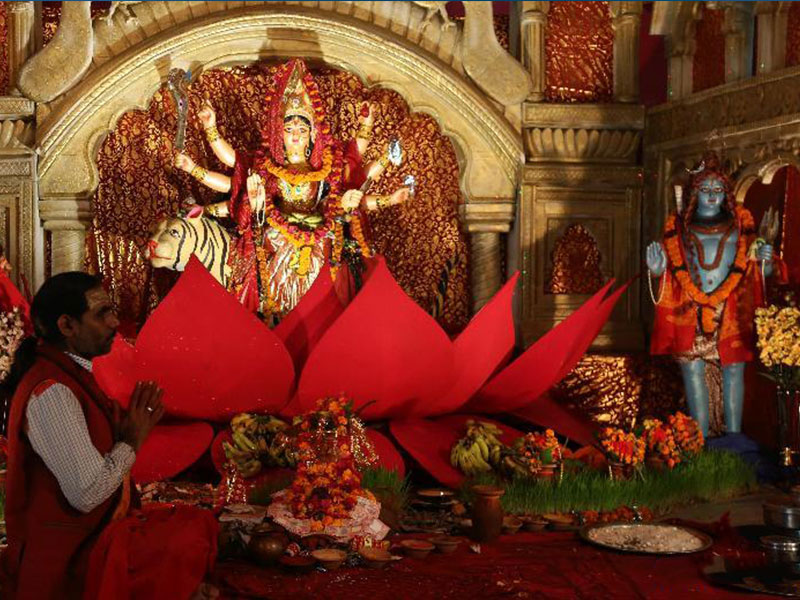 This is one of the very few festivals, which are celebrated by most of the people in Nepal and not just communities. About 80% of people in this Buddhism land are Hindus. This Dashain festival is a Hinduism festival, which is celebrated for 15 days.

The first day of Dashain is celebrated as Ghatasthapana, beginning of the celebration. Families worship the eight tantric goddesses on the first day and the next nine days are dedicated to each form of Durga. It is quite related to Durga Puja of India.

On the last five days, people receive blessings from their elders and then the festival ends on the day of Kojagrata Purnima. The style of this celebration differs with each community. Some communities even cut animals to the idol to celebrate the victory. However, this tradition is slowly losing interest among youngsters.

During the evening of the third day, people burst crackers and light small earthen lamps in their house, like Diwali of India. On the fourth day, Oxen is worshipped in the morning and during the evening, you can watch the unique Govardhan Pooja.

If you are visiting Newar community regions, the fourth day is celebrated as Mha Puja, New Year. The last day is the Bhai Tika (Brother’s day). This festival is celebrated between brothers and sisters of the family.

Sisters pray for the welfare of their brothers and put tika on the forehead for longevity. On the other hand, brothers gift desserts and present to their sisters.

During Maha Puja, the families celebrate by doing unique rituals to purify the house. They sit on floors with round diagrams made with sand. They follow unique rituals during this festival.

Quite similar to that of the Rajasthan festival, the Nepal Teej is celebrated in September or October. Teej is celebrated for three days. On the first day, married women fast and perform rituals for the happiness and health of their husband.

Unmarried women fast for the blessing of a nice marital life in the future. On the next two days, you can enjoy many unique rituals conducted to Lord Shiva and Lord Parvati. You can enjoy artistic performances, unusual delicacies and much more.

This is the birth anniversary of Lord Buddha. Born into a royal family in 563 BC, Lord Buddha became the founder of Buddhism. On this auspicious day, devotees visit Lumbini (birthplace of Buddha), Boudhanath, Swayambhunath and other religious sites to lit butter lamps.

Lumbini is the main destination to visit during this festival. Nearly 2.5 million tourists visited Lumbini to spot the birthplace of Lord Buddha in 2017 and it is increasing every year. Watch many colourful and interesting parades, conducted by monks and nuns.

Join in story recitals, where elders enjoy reading tales about Lord Buddha. You ought to watch Jatra. This is a long procession, which takes from one city to another, usually in the valley ranges. During this procession, the believers take many chariots with mascots, which links to the theme of the procession. 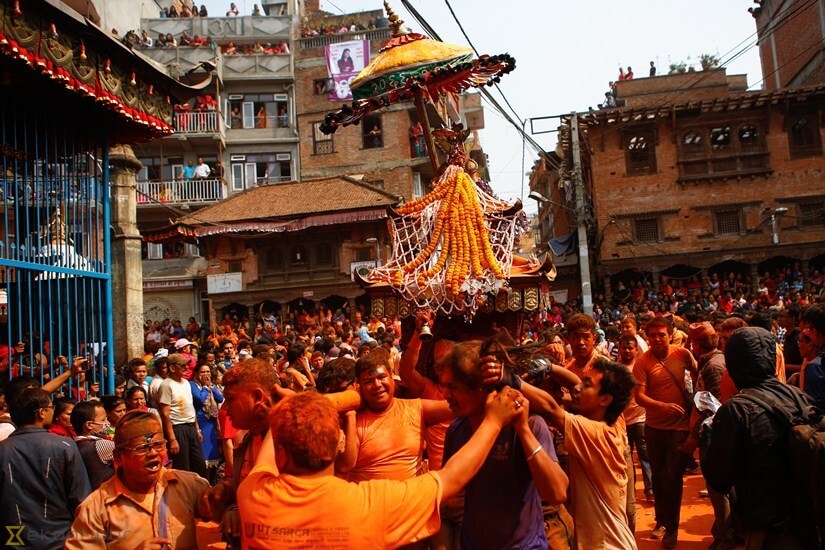 This festival falls on the First Nepalese month of the calendar. Bisket festival is celebrated with zeal in Bhaktapur. It is said that many centuries ago, there lived a princess who was cursed that her husband would die on the wedding bed. Later, a prince who was blessed by the Goddess came along and married her.

On the wedding night, he found snakes crawling out of the princess. He killed the snakes and relieved the princess from the curse. To celebrate this mythology, you can find many chariots of Goddess Bhadrakali along with her consort Bhairav taken for a procession.

Visit Lyasinkhel to find a tall pole tied with an embroidered cloth to describe the snakes. This pole is erected to celebrate the death of the snakes. Some local communities celebrate this festival like New Year celebration.

The Newar communities of the valley put feasts and parties during this festival. You can also find many acrobatic performances and parades by the Nepalese army in Tundikhel.

If you visit these temples of Kankeswari, Bhairav and Bhadrakali, you can find unusual rituals on this day.

This is the Halloween of Nepal. Yes, the western harvest festival of trick or treat is also celebrated in the Himalayas. This festival is celebrated with pranks. People are allowed to prank each other for fun during this day. Many TV shows and plays will be conducted with comical themes.

According to the mythology, after the death of his heir, King Pratap Malla was worried about his wife, who was drowning herself in grief. To make her feel comfortable, he called out to his subjects to create a procession to lighten up the queen. The locals came with divine make-ups and costumes, which entertained the queen.

Nepal is riddled with numerous legends and myths. Each of these legends shows that good triumph over evil. To celebrate such stories, a festival is celebrated. Thus, you can be sure that the festivals of the land are never-ending.