The National animal of India, The Tiger is one of the most predominant fauna. It is believed that in recent times the population of tiger has risen in India. It is counted as to be approximately 2500 tigers present in India. All thanks to the excellent work by the National Tiger Conservation Authority (NTCA) as the population of Tigers in India has seen a growth in recent times.

Here is a list of Top 10 Famous National Parks & Wildlife Sanctuaries in India:-

The Bandhavgarh National Park is the largest Tiger Reserve of India. It is located in the Umaria district of Madhya Pradesh as was declared a National park by the year 1986. Tata zone 1 is the believed to be the best area where one can spot tigers.

Other animals such as Chittal, Sambhar Deer, leopard, blue bull, wild dog, India fox, Indian bison, sloths, monkeys can also be spotted in this diverse Reserve. There are also 242 different species of birds found in this National Park.

The best time to spot tigers in this reserve is from the month of April to June.

Jungle Safari is available in the Bandhavgarh National Park. It is one of the largest wildlife tourist attractions in India.

There are a number of species such as the wild cats, sloth bears, Indian foxes, leopards, hyenas, jackals, and crocodiles can also be spotted in the Ranthambore National Park.

There are three lakes inside the reserve named the Raj talao, the Milak talao and the Padam talao which are believed to be the water source of the wildlife species present in the Ranthambore National Park.

The visitors exploring the Ranthambore National Park might find the months of April and May to be the best time to spot tigers.

The population of Tigers in this Tiger Reserve is quite interesting and is also the home of the famous Tigress Collarwali who has raised five cubs. The tigress was a part of the BBC’s Spy in the Jungle series.

There is also a well maintained Jungle camp known as the Pench Jungle Camp which offers safari tents and a well-preserved set of library and other useful sources of wildlife safari.

The best time to visit the Pench National Park is from the month of April to June.

Explore the Wildlife of India with suggested tour packages:-

The undoubtedly huge Kanha National Park is one of the most attractive and dominating wildlife reserve located in India. It is the home of the famous Barasingha deer, is an endangered species which is found only in the Kanha National Park. There are also different species such as the chital, three-striped palm squirrel, langur, wild dogs, jackals, black buck, striped hyena, gaur, mouse deer, leopard, porcupine, chinkara, sambhar and pangolin.

There is also a presence of the Tiger and the Elephant show which you can find interesting as the elephants are trained to block the tigers so as the tourists get an excellent view of the animals. Kanha National Park is one of the fabulous tiger reserves in India. There is a presence of large open meadows where the animals roam freely and the tourists can get a direct view of the wildlife getting a firm view from different dimensions.

The best time to visit the Kanha National Park is from April to June. 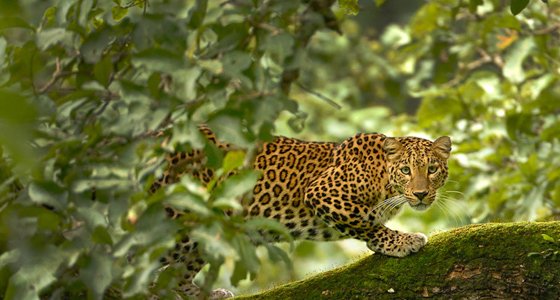 The Summer months in India are the best time to visit the Tadoba National Park.

Read more:-Travel Guide – What You Can See in Tadoba National Park

The National Park is famous for its large wild elephant population which is found near the Ramganga River. The National park is largely covered with terrain areas and also sal forests.

There are also different varieties of mammals such as the langur, chital, sambhar, macaque and different varieties of birds. However, the visitors might feel lucky to spot tigers in this National park even in the best visiting months. The Dhikal area in the National Park has got huge grassland and also a watch tower for visitors to observe the wildlife around the National Park.

Best time to visit the National Park is from April to June.

Suggested article: Elephant Experience in India – Where to See and What to do

Must Read: Best 10 Places to Visit in Uttarakhand in Summer with Family

The Royal Bengal Tigers are believed to be some of the raw wildlife species which have also developed man-eating tendencies for ages. There are also some of the endangered species such as the Ganges river dolphin, saltwater crocodile and the olive ridley turtle which can be spotted in the Sundarbans.

Best time to spot the Royal Bengal Tigers are from November to February.

Must read: Ghost of Forest: Black Panther Spotted in Odisha

The Nagarhole Tiger Reserve is believed to be the home for the largest number of the Asiatic elephants in the world. There is also a visible population of tigers, leopards, Indian wild dogs which are spotted in the reserve located in the Western Ghats.

The months of January- April is the best time to visit the Nagarhole Tiger Reserve in Karnataka. 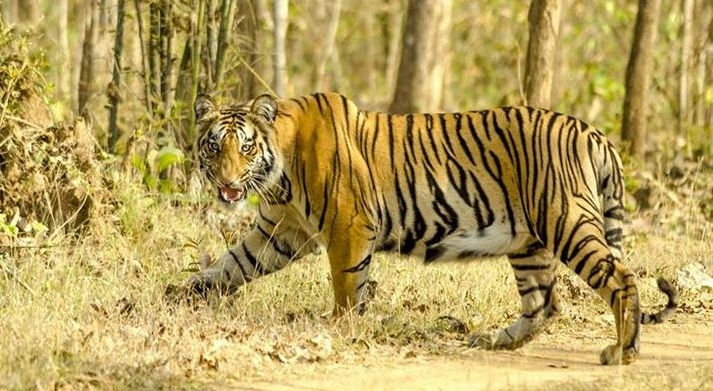 The Nagzira Wildlife Sanctuary is one of the lesser known Tiger Reserves in India. It is believed to be a small wildlife sanctuary located in the rough terrains and is covered with teak forests. A number animals surrounding this sanctuary include the Hyena, leopard, jackal, and tigers.

Best time to visit Periyar National Park is from October to June.