Taj Mahal is The Iconic Symbol of Love!

Taj Mahal, entitled as one of Seven Wonders of the World, is a must visit to witness the masterpieces of Indian architecture. You can enjoy a same day Taj Mahal tour on your way to Jaipur from Delhi. 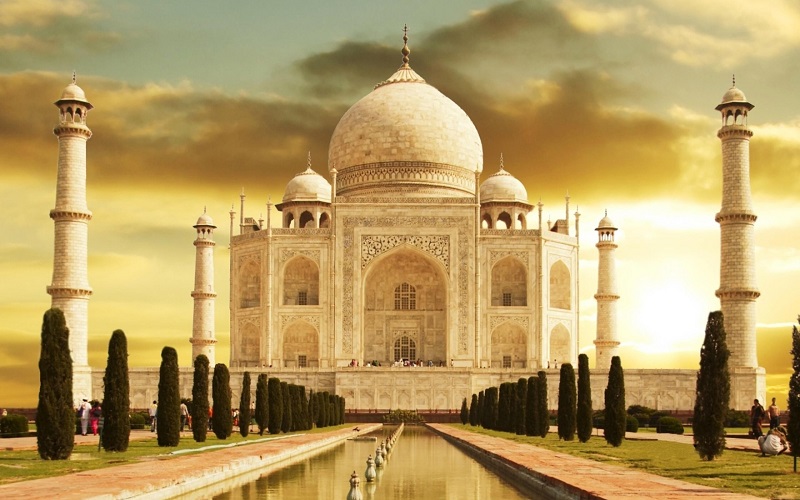 Taj Mahal- where love is in the air

Taj Mahal, built by the Mughal emperor Shah Jahan for his beloved wife, Mumtaz Mahal is an international emblem of love. It is believed that the monarch built this glorious monument to keep his promise that he had made to the queen during her lifetime; after Mumtaz Mahal’s death, the emperor ordered to build the most magnificent memorial of the world over the graveyard of his wife.

It took 15 long years and hard work of approximately 20,000 masons, artisans and laborers to construct this exquisite beauty; Shah Jahan was also entombed here after his death. Hence throughout the year, folks of lovebirds are seen posing together in front of Taj Mahal to make their love memorable and life lasting.

Must Read: Top Monuments and Historical places in and around Agra

The magical hue of Taj Mahal

It is advisable to be early at Agra on your same day Taj Mahal tour if you want to know the real magic of the monument. With passing time, Taj Mahal changes colour. As the first sun rays touch the white marble structure, it is pink and under the afternoon sun it is pure white while the Taj glitters like gold under moonlight; it is said that the changing colours reflect the changing moods of the queen.

You can also plan your 2 Days Agra Trip from Delhi

The rich art of Taj Mahal

Mughals were great patronage of art and culture and hence Taj Mahal, one of the finest architectures of the Mughal era exhibits intricate carvings and colourful motifs; along with marble and sandstone, 28 varieties of stones, including the priceless lapis lazuli were used to design this opulent structure. The mosaic floors and the marble minarets are studded with semi-precious stones while this symmetrical structure is located over a raised platform.

The floral motifs enhance the beauty of Taj Mahal. The bright coloured flowers with fruits and branches represent abundance; every art that embellish Taj Mahal is symbolic. The calligraphy over black marble is just like an ornament on the spellbinding white architecture. Beautifully handwritten, these verses praise the God and the queen in Arabic and Thuluth inscriptions. 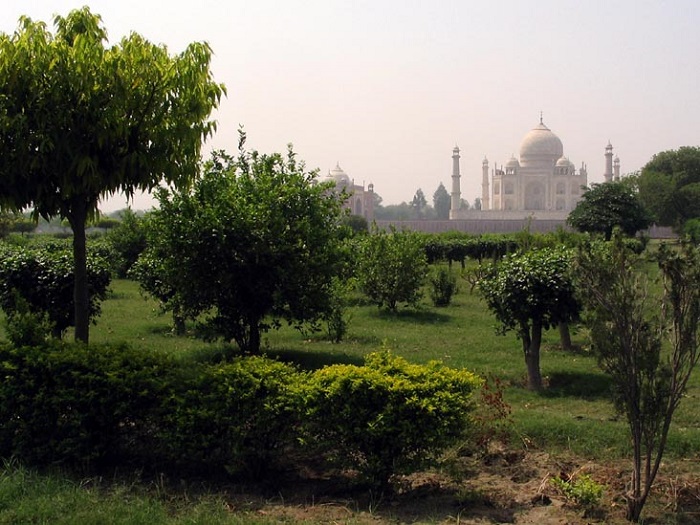 The greenery of Taj Mahal

If your want some relaxation on the same day Taj Mahal tour, rest your tired feet at the lush green garden which encircles the monument. Popularly known as ‘charbagh,’ this square garden is divided into four parts and has two walkways. Located at the banks of River Yamuna, the garden is fed with the waters of this river and hence is bright and green throughout the year. Several canals and fountains adorn this royal garden.

The same day Taj Mahal tour also takes you to the world heritage site of Agra Fort where Shah Jahan was imprisoned in his last days. You can also checkout the Mehtab Bagh located very near to Taj Mahal and which also offers a clear view of the monument; hence if you have less time in hand and want to avoid the crowd, Mehtab Bagh is the best place to see Taj.

Hence, do not forget to include Agra in your itinerary of Delhi or Jaipur tour as the golden pages of Mughal architecture were written here.