A majestic trip to the land of palaces, Agra

India is a treasure house of golden history and unforgettable architecture. The Mughal era is one of the panoramic historical phases in India as it witnessed lot of development in areas of creativity.

Visit Agra, one of the most patronised towns of the Mughal monarchs, to witness tall towers, palatial palaces, green gardens and the marvellous mausoleums.

Considered as one of the Seven Wonders of the World, Taj Mahal is the landmark architecture of incredible India. Built by the Mughal emperor Shah Jahan for his beloved queen Mumtaj Mahal, this milky white marble memorial is located amidst lush green meadows. Taj Mahal is a magical monument as it changes colour at every hour of the day; it is pinkish in hue as the early rays of the sun fall on the memorial, milky white during evening and bright golden under the soft light of the full moon. It is said that the changing colors of the Taj represents the varying moods of the queen. 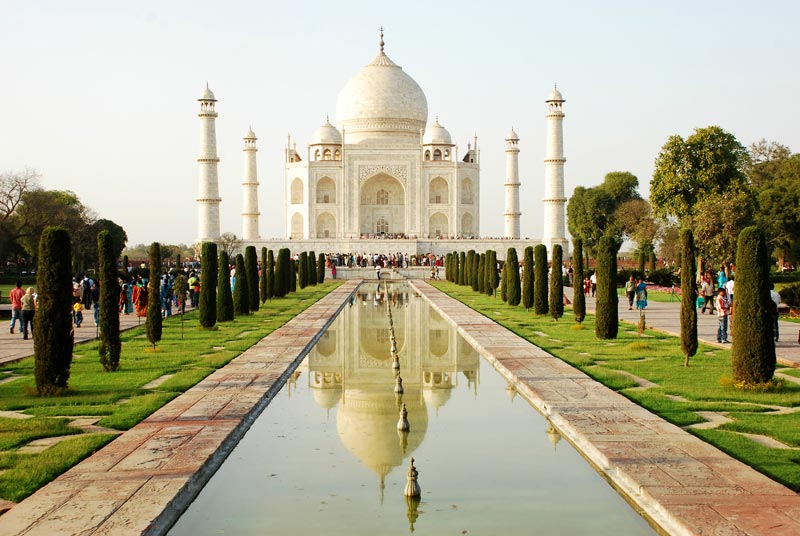 Suggested article: Taj Mahal is The Iconic Symbol of Love!

The powerhouse of Agra Fort 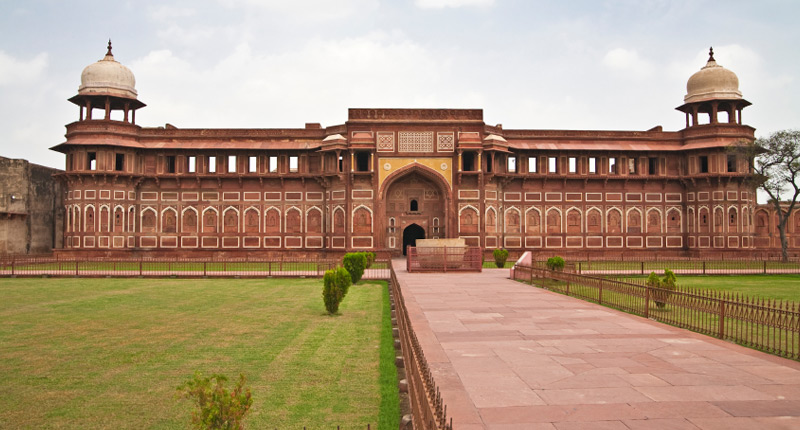 The Agra Fort is a 16th century fortress, known as the Red Fort of Agra. The fort stands as an example of the powerful architecture of the Mughal artisans. This fort complex is almost a city in itself with numerous luxurious palaces, namely, the Jahangir Palace, Khas Mahal; large audience halls and couple of mosques. The saddest part of the story is that this fort was shelter for Shah Jahan during his last days, when his son Aurangzeb imprisoned him and from here he used to watch the memorial of his wife, Mumtaj.

The sandstone city of Fatehpur Sikri 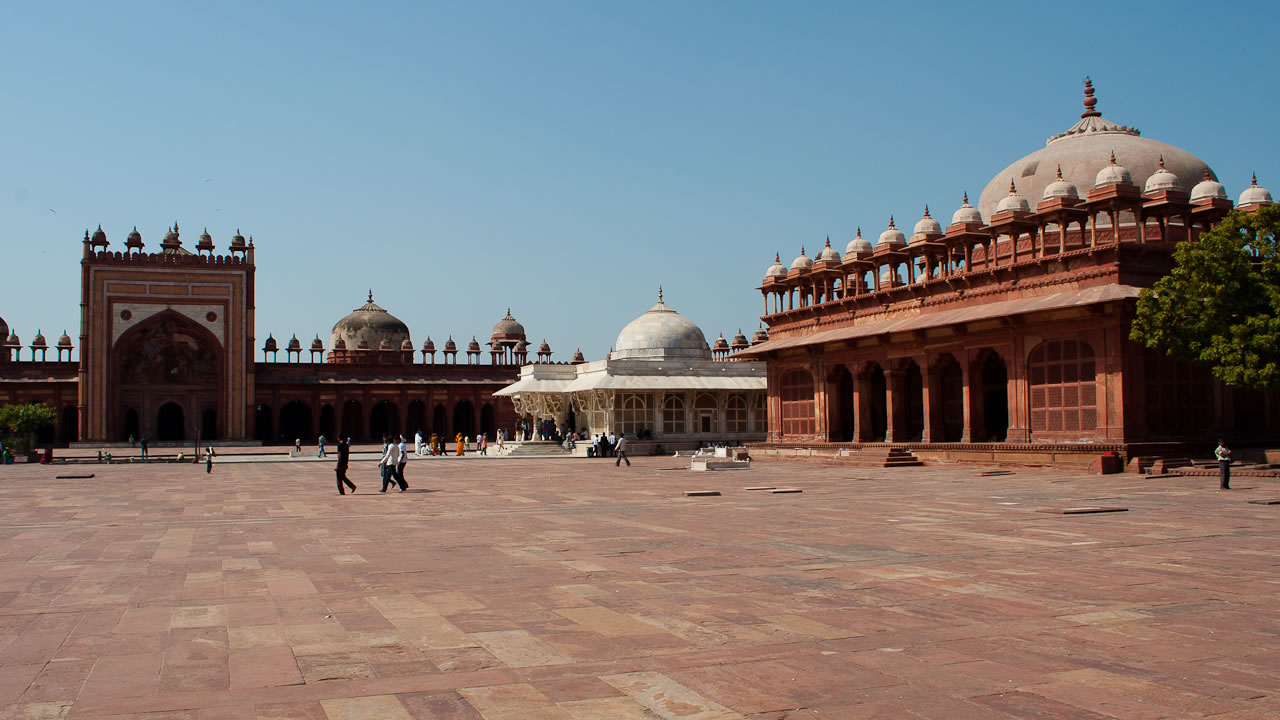 Fatehpur Sikri is located during historical Agra tour. This city was built by the great Mughal emperor, Akbar. This World Heritage Site is made from red sandstone and marble. With 6 kilometers thick wall on three sides, the first planned city of the Mughal is a blend of Persian, Hindu and Islamic architectural designs.

Buland Darwaza, Birbal’s House, Panch Mahal and Jama Masjid are located within the city. Feel the majestic lifestyle walking through these palaces and mosques, touching the lattice designs and semi-precious stones.

Must Read: Top Monuments and Historical places in and around Agra

The marvelous tomb of Itmad-Ud-Daulah

This pure marble structure was constructed by Nur Jahan for her father. This 21 meter tall tomb is a white beauty and also a treasure house of ancient paintings, which adorn the walls of the tomb. Itimad-ud-Daulah tomb is an exquisite example of Islamic architectural efficacy with a Persian touch.

The Moonlight Garden of Mehtab Bagh 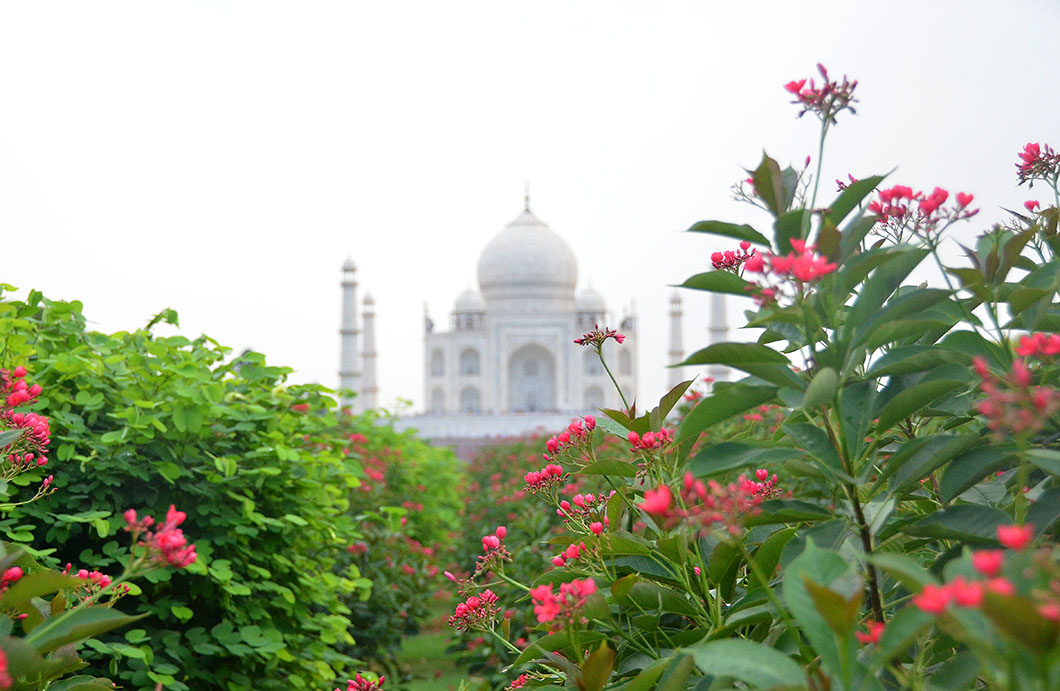 If you want to get an elegant view of Taj Mahal far from the tourist crowd, be at Mehtab Bagh. Estimated to be constructed by Babar in the 15th century, this sprawling garden offers an excellent view of Taj Mahal from every corner. With walkways, joyful fountains, bright colored flowers, you will find the meadow as a paradise after same day Taj Mahal tour.

Related article:  How to Spend a Day in Agra – Ideas and Itineraries

Hence turn the pages of history at Agra, feeling proud and excited about the richness that India owns.

Read More about Nearby Attractions of Taj Mahal

How to Reach Taj Mahal ?