About the Corbett National Park

The Corbett National Park covers an area of 521 sq km and alongside the Sonanadi Wildlife Sanctuary and Reserve Forest Areas forms the Corbett Tiger Reserve in region of Uttarakhand. The wet and dry habitats of the plain and mountainous region, rugged and gentle, grasslands and the forests also support numerous flora and fauna which actually represents the Himalayan ecosystem belt.

Corbett is a home for the most famous Royal Bengal Tiger and some of the Asiatic Elephants. In addition to this, there are over 550 avifauna species in the Corbett National Park which is one of the richest bird regions of India. This region is also declared as an ‘Important Bird Area’ (IBA) by the Birdlife International and is maintained under strict surveillance.

The Corbett National Park attracts tourists from different parts of India and abroad at a huge number. The significance is that there are a whole lot of flora and fauna variety alongside 500 different variety of avifauna which includes some of the most beautiful migratory birds as well as resident avifauna species. Grapevines are also to be marked as some of the major attractions of the region. The fauna in this region marks the presence of leopards, barking deer, hog deer, sambar deer, chital, sloth, Indian grey mongoose, Himalayan black bears, yellow throated martens, otters, Indian pangolins, Himalayan gorals, rhesus macaques and langur.

Whereas the Corbett National Park is also famous for its rich floral diversity too which also includes more than 500 different species of plants which are witnessed amongst the thick Sal, Sissoo and Khair groves. Chir pine, Banj Oak, Kanju, Date Palms, Jamun, Amla, Bel, Kusum, Mahua and Bakli. There is also a number of flowers such as the big red blooms, flame of the forest, bright orange flowers, madaar or the Indian coral, scarlet red flowers and amaltas found in this National Park.

Where is Corbett National Park Located

The Corbett National Park is located in the Ramnagar district of Nainital, Uttarakhand.

How to Reach Corbett National Park

Nainital is well connected to different parts of North India especially Delhi via railways and roadways. The Ramnagar town is the headquarters for the Corbett National Park. There are overnight trains from Delhi to Ramnagar. There are also available trains from Lucknow, Allahabad , Kanpur and Varanasi to Ramnagar. Hiring a taxi after reaching Ramnagar is a prominent way to visit the National Park. Dehradun and Haridwar are also well connected to this region via roadways and railways.

The best time to visit the National Park is from Mid week of November to Mid week of June.

Nearby other Attraction of Corbett National Park

Here are some of the finest attractions nearby the Corbett National Park: 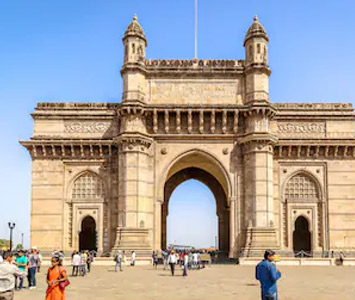 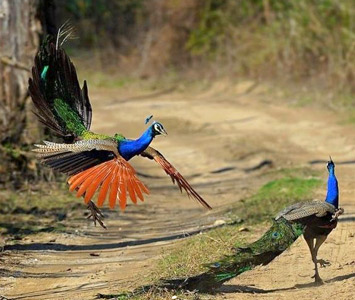