Umaid Bhawan Palace is one of the largest private residences in the world. This is only palace to have a working elevator in India. Located in Jodhpur, a part of this palace is a heritage hotel today. The palace has 347 rooms, which were occupied by the royal family of Jodhpur royals in the past. 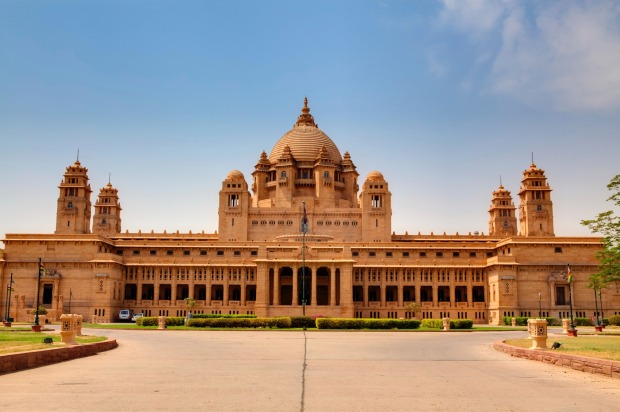 Today, it is one of the best luxury hotels in India and has been recognized for the same by numerous entities. The palace was built in Beaux Arts Style in a mixture of western and eastern architectural styles. No trip to Jodhpur is complete without spending a few hours at this palace. If you wish to enjoy the real beauty of the palace, visit during winter mornings.

Read also: Places to visit in Rajasthan in November 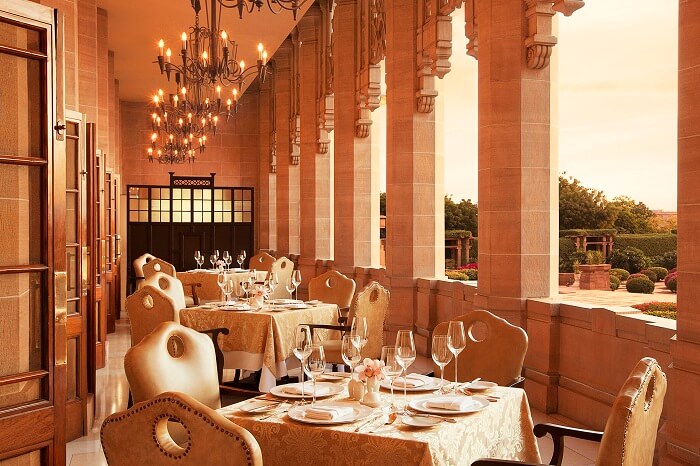 The foundation for this grand palace was made in 1929 by Umaid Singh. In 1943, the palace was open for official residence. It is said that the palace was mainly built to employ thousands of people during a grand famine. A saint cursed the land that famine will fall upon the reign. Truth to his words, the place was in serious drought for more than three years.

To provide employment, the 37th king of Rathore dynasty, Umaid Singh decided to build a lavish palace. The farmers used this opportunity to have a steady income when their fields rendered useless.

Must Read: 10 Places to Visit in Mount Abu for Honeymoon

Upon starting the palace, the authorities found that the place of palace was barren with no hint of water supply. The quarries were at a tremendous distance from the site of construction. The king ordered to build a railway line for transporting the building materials. Donkeys were employed to bring soil to the hill region. Makrana marbles and Burmese teak wood were used for interior work.

After completion of the palace, the complex was not open for functioning due to continuous death and misfortunes in the royal family. Later, in 1943, Umaid Singh opened the palace and lived only for four years before dying in 1947. Later, his son died while returning to the palace after winning the General Election. In 1971, Gaj Singh, grandson of Umaid Singh decided to dedicate a part of this grand residence for hotel. 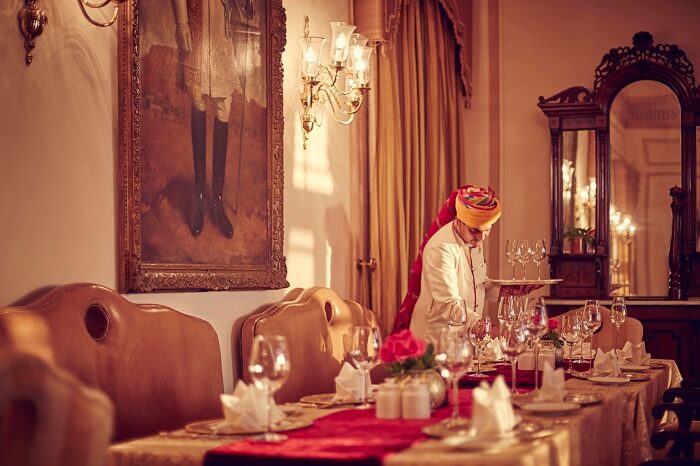 The palace has 347 rooms including many courtyards, massive banquet hall, functioning Taj Palace Hotel and a museum.

The hotel has 64 guest rooms including the royal suite of the king. The king and queen suites have marble bathtubs. This is the only place where you can find such bathtubs in the world. The banquet hall that can hold 300 people is now a restaurant.

The museum holds royal artifacts and personal collection of the kings like vintage clock collections, ancient photographs of the palace, classic cars of the king, porcelain wares, memorabilia, mural paintings, miniature paintings and so on.

The best time to visit the palace is from October to March. The palace and the garden around it are at prime beauty throughout the year. However, summers are scorching hot and humid. Summer starts in March and ends in June.

Jodhpur is very close to Thar Desert and you might have to walk outdoors inside the palace complex to enjoy all the attractions. If you are visiting in summer, do not forget to bring your umbrella with you. Pack as much water as possible. It would be very dehydrating.

Monsoon season makes the area mushy and it becomes hard to travel around the region for sightseeing. Monsoon starts in July and ends in September. Stroll through the garden is not possible during heavy rains.

Winter is pleasing and the garden will be lush during this season. Winter is the peak tourism season in Rajasthan. If you are visiting during winter, make sure to pre-book hotel accommodations. Winter starts in October and ends in February.

The palace and museum are open from 9 in the morning until 5 in the evening; throughout the week. If you are looking for a silent time with very less tourists around you, choose noon.

Entry fee for Indians – INR 25 per head; INR 30 for museum for adults and INR 10 for children

It would not take more than 2 hours to explore the palace and stroll through the garden.

How to reach Umaid Bhawan Palace?

The nearest railway station is located in Jodhpur and you can find numerous trains from major cities around the world and all towns of Rajasthan to Jodhpur.

Once you have entered Jodhpur, you can find government buses, auto rickshaw, tongas and cabs to reach the palace. The palace is 7 km away from the main city of Jodhpur and thus, it is recommended to choose buses or cab for reaching the palace. 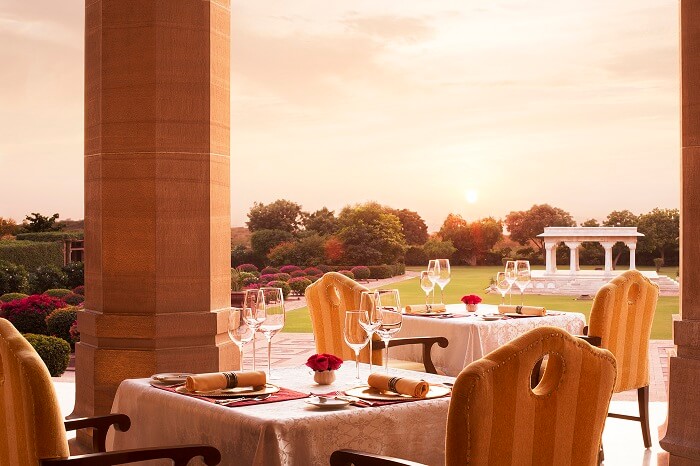