India is a land of numerous religions. This gives the advantage of enjoying numerous pilgrimage sites of varying beauty and rituals. One such beauty and Islamic pilgrimage site is Haji Ali Dargah of Mumbai, an Islamic mosque and a tomb of a saint. 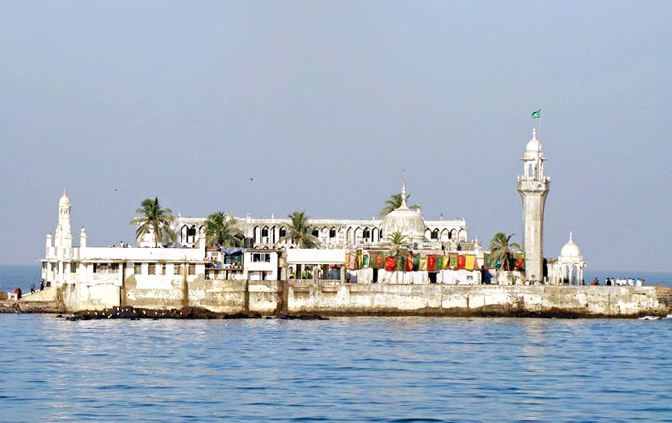 Haji Ali Dargah is a tomb and a mosque located in the coast of Worli, on an islet. This structure is located in the heart of the city and it is an important landmark. This icon of Islamic Indian architecture has a strong legend and a stunning beauty that attracts tourists and pilgrims from around the world. 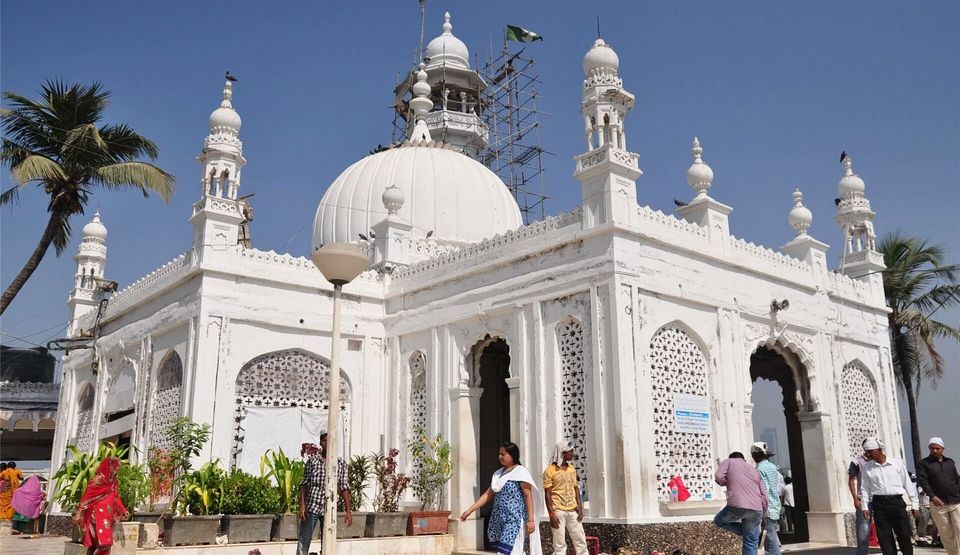 This monument was built in 15th century in the memory of Sayyed Peer Haji Ali Shah Bukhari. Sayyed is a Muslim merchant of Bukhara (today’s Uzbekistan). The merchant traveled around the world and earned immense wealth. By the middle of 15th century, he settled down in the port region of Mumbai.

There are numerous legends to why he visited Mumbai. The most commonly known story is the one with the oil woman. It is said that once a woman was crying in the street as she spilt all the oil that she was carrying. The merchant (now a saint) jabbed his fingers into the soil, where the oil spilt. Oil came gushing out of the earth. The woman filled her pot and left the place happily after thanking the saint. After this incident, the merchant had recurring dreams of him injuring Mother Earth.

He felt immense grief and it led to many health issues. After his mother’s approval, he visited Mumbai with his brother. When he reached the region where the tomb was later built, he felt good. He sent his brother off to the native and wrote to his mother that he prefer staying in India. He then stayed back in the city near the site of the tomb and spread the religion.

Until his last breath, he spread the religion throughout the country. He took a pilgrimage trip to Mecca and fell sick during the travel. His physical condition started to worsen. When he was on his dead bed, he asked his followers not to bury him in a graveyard. He asked his followers to throw his casket into the ocean and follow it. He asked to build his resting place where the casket rests.

After his death, his followers obeyed him and threw the casket into the water. The water dragged it along with the current and the casket got stuck in the rocks of the islet in the middle of the sea, back to the place where he started his preaching. The tomb was built in the site and the mosque was built later during 19th century. 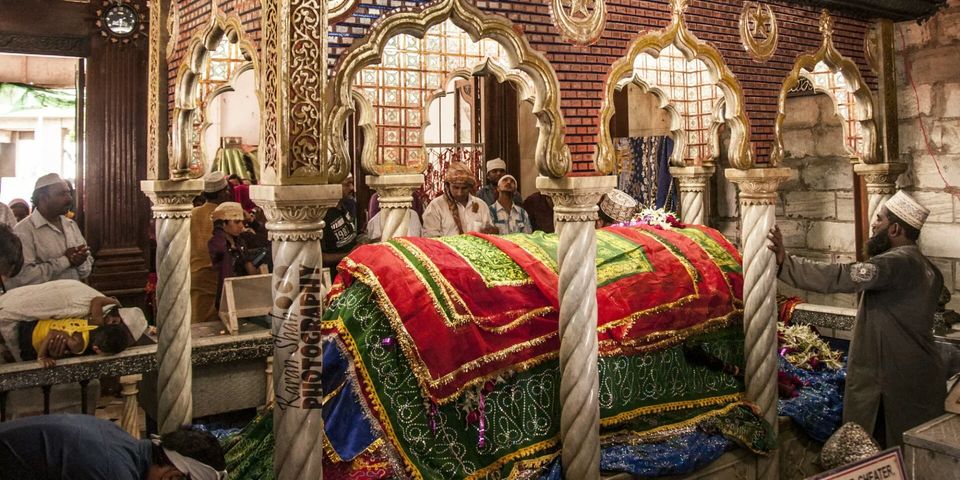 The tomb is located on a large marble courtyard and it is covered with a religious sheet of red and green color. The hall has many marble pillars with delicate mirror work made in kaleidoscopic Arabic pattern. It is said that the patterns spell 99 different names of Allah. There are separate praying halls for men and women in the tomb. Women are allowed to visit the attraction now.

The structure is more than 600 years old and it is getting eroded due to the sea water and pollution. Every week, more than 80,000 people visit the monument and the place is degrading with time.

Thus, continuous renovation started in 1964. The recent renovation was conducted in 2008. During this, the mosque was decorated with marbles from Makrana. This was the region where marbles were imported to Agra during the construction of Taj Mahal.

Top things to do in Haji Ali Dargah are

Also read – Why Mumbai is called as City of Dreams ?

How to reach Haji Ali Dargah?

The region is well connected with other regions via rail. You can reach the mosque by getting down at Mahalakshmi Station, Byculla station or Mumbai Central Station. Once you get off the train, you can find buses, taxis and even auto-rickshaws to reach the destination. Mumbai central station is 3 km away from the mosque.

Haji Ali Dargah is located close to Worli Sea link. You can find cabs from any part of the city to reach the mosque. You can also reach via boat or other water transportation.

The mosque is an important tourism spot in the city and it is easier to find transportation to the mosque at any time of the year. Mumbai has a functioning busy international airport.

If you wish to fly to India, choose Mumbai airport. From the airport, you can find many cabs, buses and other transportation to reach the destination. The international airport is 20 km away from the mosque.

Know more about How to Reach Mumbai

On Fridays and Thursdays, the mosque is visited by numerous people to receive blessings and enjoy rituals. It is said that more than 10,000 people visit during Friday and Thursday.

On Friday evenings, Sufi musicians play devotional music inside the mosque. The access to the site depends upon the tide. The path to the mosque is open only during low tide.

The mosque is open from 6 in the morning until 10 in the evening. Usually tourists spend one to two hours to scale the place. There is no entry fee for the mosque or the tomb.

Mumbai is very hot during summer season. Humidity is high and dehydration is very common during this season. Thus, it is hard to find tourists from March to June.

July to September is the monsoon season and the tide will be high most of the time. You might not be able to visit or reach the mosque during monsoon season.

Before you visit, ask the locals about the tide to know whether access will be granted or not. If denied, do not try to have an adventure time and mess with the power of ocean.

The best time to visit is from October to March. This is the winter season and the climate will be pleasing. The tide will also be lower and it becomes easier to reach the mosque. For more rituals, visit during any Islamic festivals.

The region of the islet is called as Mahim Bay. Apart from the region of the mosque, this bay is serene and calm. You can enjoy picnic or relax near the beach as you enjoy the water sight.

Sea link lies 6 km away from the tomb. From the sea link, you can find boats to Worli, Bandra and others. Both the regions are best for sightseeing.

Crawford Market, Fashion Street and a few others are close to the mosque. If you wish to enjoy shopping, visit the market for a shopping tour in Mumbai. Evening is the best time to visit the mosque as; you can find many street food stalls in and around the market during evening.