Among the tourist attractions in Mumbai, the Marine Drive is an important destination. It is curved beachfront promenade and a curved road that runs for kilometers, giving a great view of the beach and the shore.

Marine Drive, the Queen’s Necklace is a treat for all kinds of travelers. During day, it becomes the place to enjoy the sparkling view of the beach and the sea during a fantastic drive, beach activities, sightseeing, outdoor activities and so on. By night, the place becomes a twinkling series of street food, evening picnic time, romantic strolls and so on. Apart from knowing that it is one of the important tourist destinations in Mumbai, here are a few things that are usually not known to tourists about Marine Drive.

1. It is not Marine Drive

It is a 3.5 km long road along the coastline and thus, it is called as Marine Drive. However, the actual name of the region is called Sonapur. The road that runs along the drive is called as Nethaji Subash Chandra Bose road. The road connects Nariman Point to the foot of Malabar Hills at Babulnath. However, even the locals call it as the Marine Drive, today.

2. Marine Drive was a failure

The project planned 1500 acres of land but, faulty plan and other commitments of the government led to reclamation of just 440 acres of land and out of that, 235 acres were taken for military purpose. The remaining 17 acres of land was left unused, which later became an attraction among locals and tourists, eventually.

Although a faulty project, the promenade built was too sturdy that, it did not require any form of repair or resurfacing for 72 years. In 2012, resurfacing project was conducted as a safety process, not out of sheer necessity.

4. The Miami of Mumbai 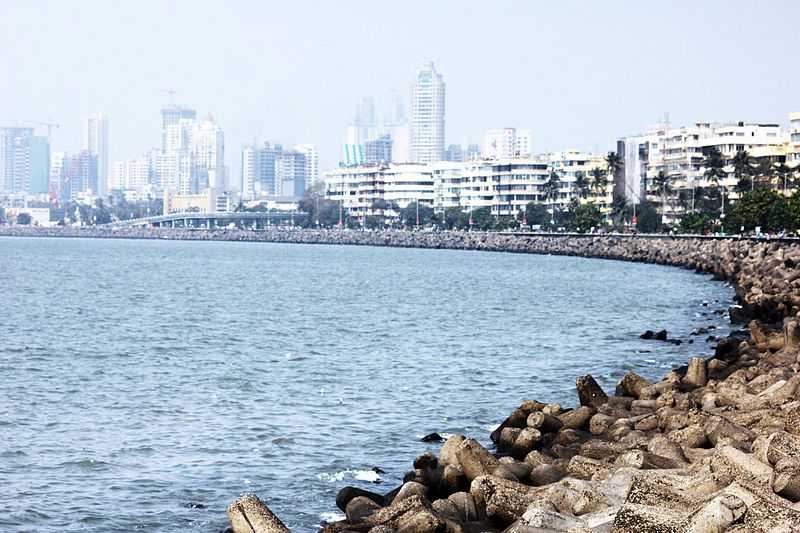 As the place became more popular among tourists, government decided to top up the beauty of the place. Marine Drive was later constructed to be the Miami of India. Similar to Miami, the place is covered with offices, apartment blocks, cinemas and others built in Art Deco style. The place was designed to represent the architectural beauty of the land and many travelers have compared it with the Miami’s architecture.

Also, this is the place to enjoy nightlife, clubs and jazz for night owls. You can find numerous hotels and pubs in this region. If you are planning to stay in a hotel, choose rooms with the view of the Marine Drive. 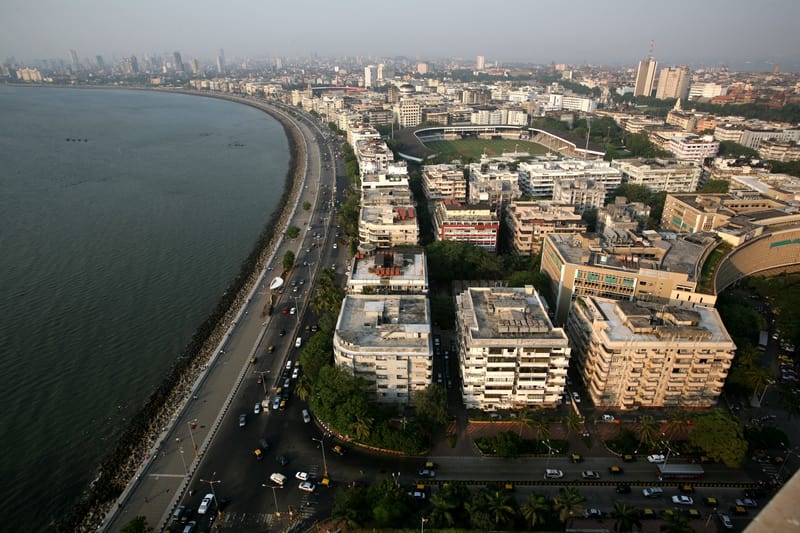 Read more – How to Get From Mumbai to Goa by Train 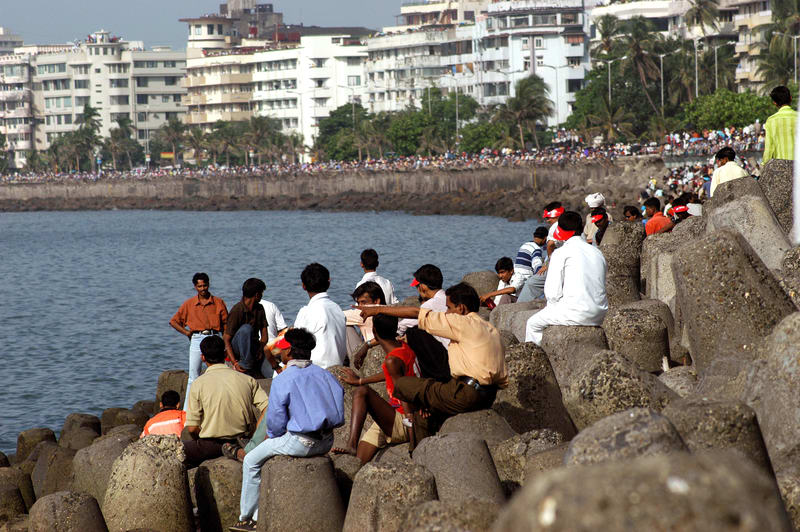 You can find many large inverted funnel shaped concrete structures. Tourists prefer to sit on the structure to watch the beach or take pictures. They are not tourist facility or masterpieces. These tetrapods were constructed, for a reason. These structures protect the promenade from the strong waves. When the waves hit the shore, these concrete structures absorb most of the kinetic energy avoiding erosion and other problems.

Read more – Why Mumbai is called as City of Dreams ? 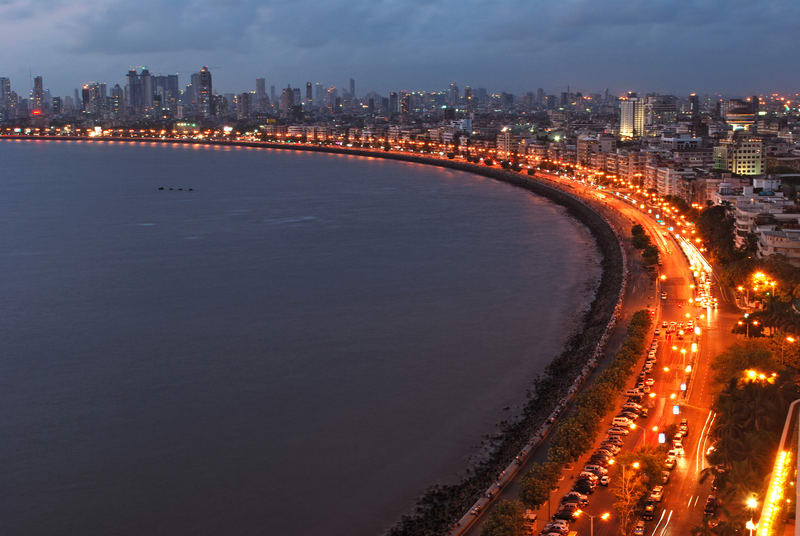 The place is called as Queen’s Necklace since 1930 s. This is not some random name. Visit the drive during evening to watch the streetlight create a pearl like resemblance to the C-shaped road. These yellow lights along the curve make it look like a jewelry. To enjoy a complete view of this necklace, you ought to trek to Malabar Hill to watch the road and the sea, in a panoramic view.

Read more – What You Must Know About Mumbai Airport Before Travelling?

If you are visiting Mumbai during January, you ought to enjoy the Republic Day parade that takes place along the road. The main ceremony is conducted at Shivaji Park and this is the best time to visit the Drive. Republic Day takes place of 26th of January. 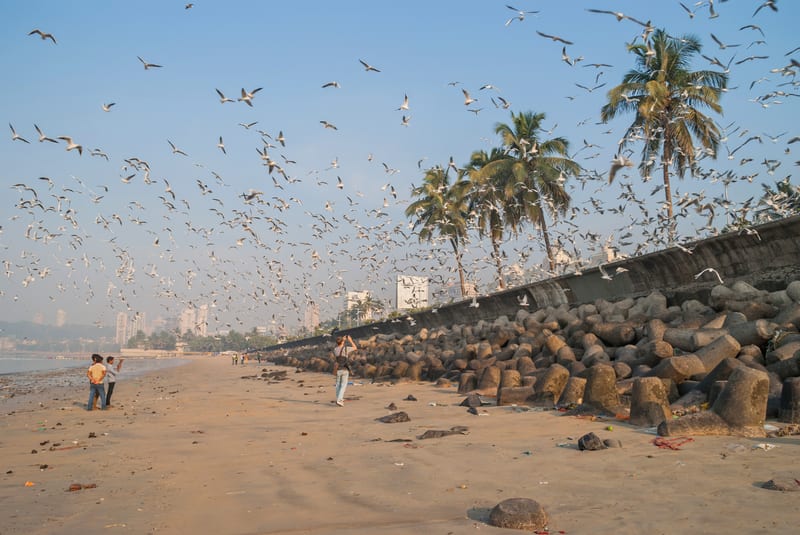 This is one of the iconic attractions of the city, which attracted the rich people of 1940 s and later. It is obvious that the rent of this region should be sky-high, given the tourism value and the business hub vicinity. However, after the rent control act, landlords are not able to raise the rent and at the same time, it has become impossible to evict the tenants. Among the posh areas of Mumbai, this is the economic region for renting.

Even a hundred more facts about the Marine Drive would not be equal to the view of the Drive, physically. Plan a visit to Mumbai and choose to enjoy a vacation close to Marine Drive.