Famous Places to visit near Delhi

From the beautiful architecture to the historic essence, Delhi is all about the rich culture of India. The fantastic rhythm between the overflowing modernity and the old historic aura is what makes Delhi a unique place to visit. However, if you have had enough of Delhi, and want to get away from the hustle-bustle of the chaotic city, then you can consider the places nearby the city for a quick visit.

Here are a few places which should be on your checklist when you are planning for a trip near Delhi:-

1. Revisit the Mughal Era in Agra 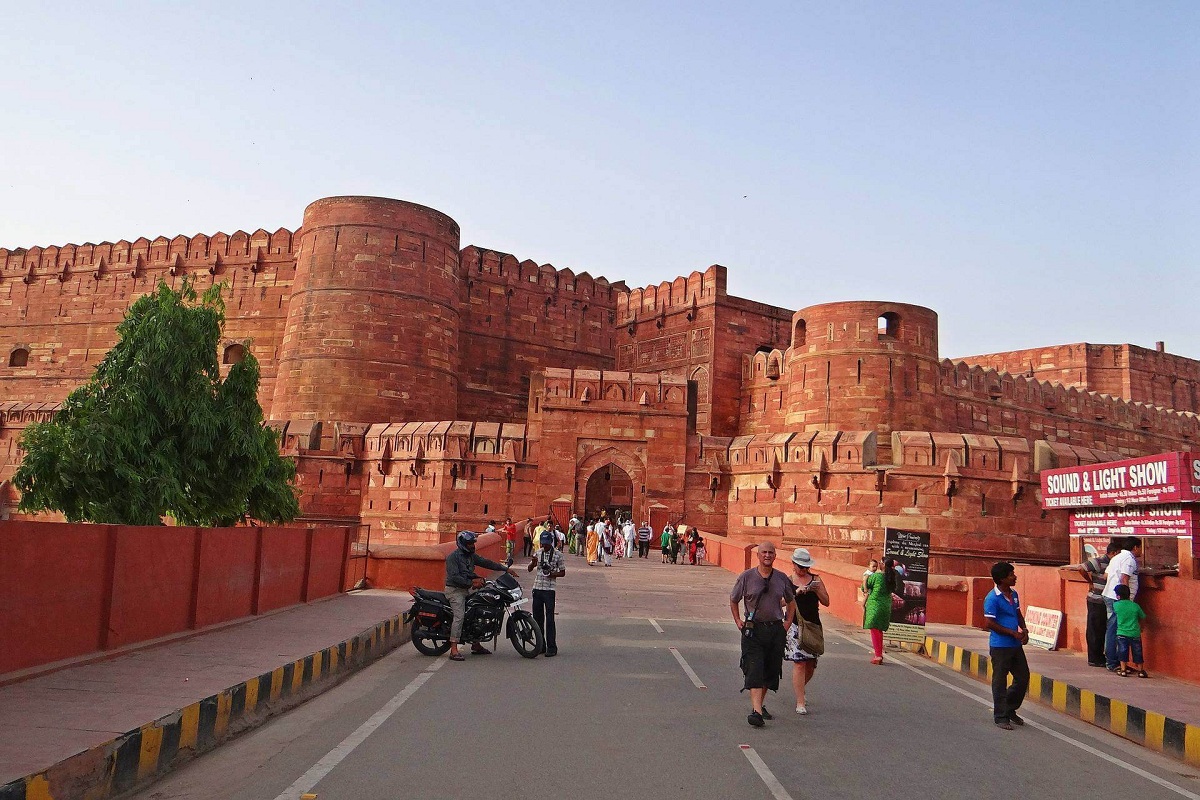 Agra is synonymous to the Mughal Era. The beautiful architectural designs are enough to attract thousands of tourists to this place every year. It is located just 217 km away from Delhi.

It takes nearly 1 hour 25 minutes to travel from New Delhi to Agra via rail track.

These are the few places which are high on demand. However, Agra has many other attractions to pull tourists from all over the world.

Try to plan your visit from November to March, during this period the weather will be pleasant. Remember Agra remains very hot between the summer seasons i.e. end of March to June.

2. Experience the calmness in Rishikesh 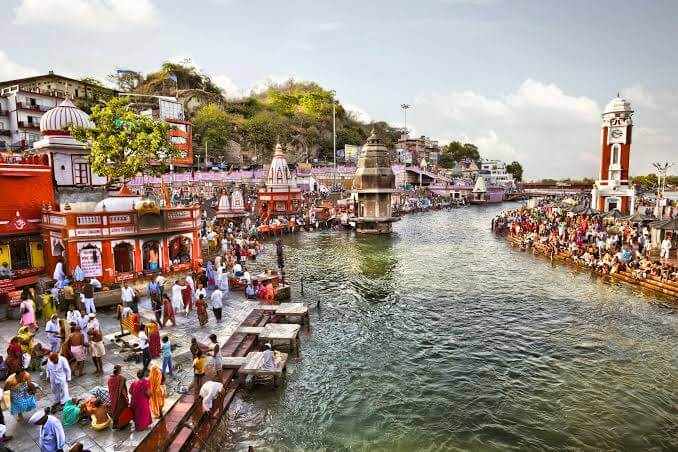 Rishikesh is a place where modern life meets spirituality. It is where you will find the yogic ashrams and the beautiful shrines.

This 7th largest Indian city is located near the foot of the great Himalaya. Rishikesh is not just only a magnet for spiritual people, but it is also about water rafting and trekking.

It is located approximately 250 km away from Delhi. By train, you can expect to reach this city within 5 hrs and 44 mins.

The flight will take around 2 hours 45 mins and by car, you will hit the place within 5 and a half hour.

3. Explore the royalty of The Pink City Jaipur 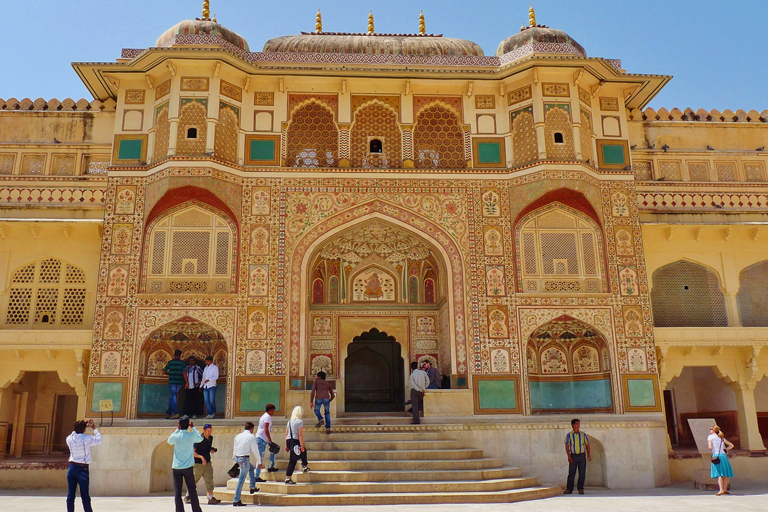 The capital city of Rajasthan, Jaipur is like a home for visitors. Due to the rich diversity, attire style, language, foods, Jaipur is a must-see place near Delhi.

It would take just 5 hours and 10 mins to reach here at Jaipur from Delhi. Jaipur is 281.2 km far located from Delhi.

You can reach here via NH-48 by road. In terms of aerial distance, you have to cover 241 Kms.

4. Visit the Queen of Hills “Mussoorie” 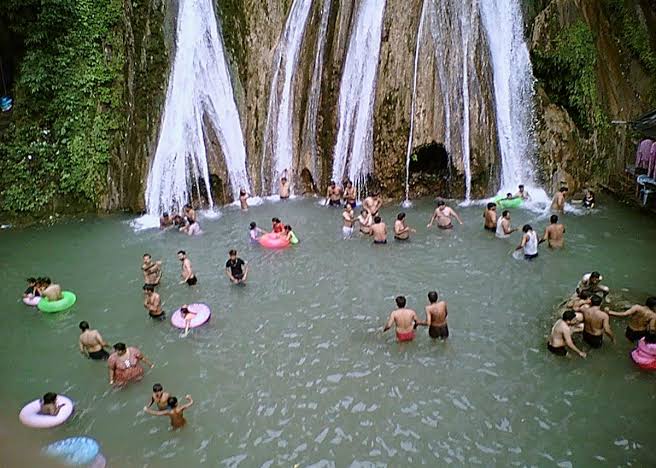 Mussoorie is one of the most popular hill stations of India located in the Dehradun district of Uttarakhand. Mussoorie is located to 90 Kms far from Delhi.

Mussoorie is in the mounts of the Garhwal Himalayan Range. You have to cover 289.7 km in order to reach Dehradun from Delhi via Saharanpur Rd. 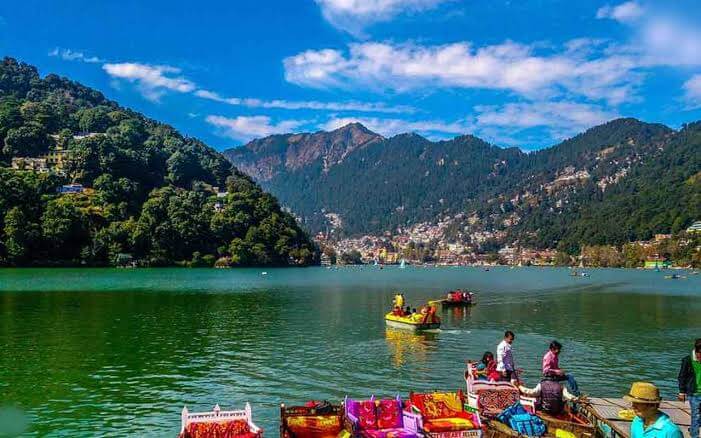 In the Indian state of Uttarakhand, Nainital is a Himalayan Resort City. Nainital is in the Kumaon area of the state. It is located around the Nainital Lake alongside the Naina Devi Hindu Temple.

If you want to reach Nainital from Delhi, you will have to come across 302.1 Kms via NH-9.

6. Witness the essence of Hindu culture in Khajuraho 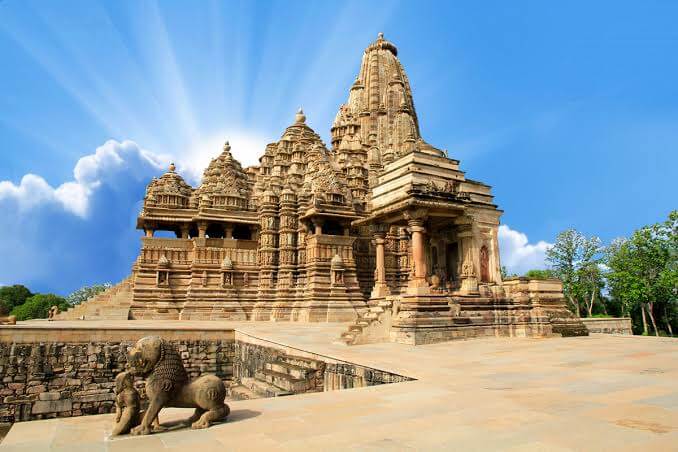 To reach Khajuraho, you will have to cover 175 Kms from the southeast of Jhansi district. You should know that the Khajuraho monuments are the UNESCO World Heritage site.

If you prefer this Taj express highway, you have to spend approximately 12 hours and 9 minutes to reach Khajuraho. Places to visit in Khajuraho are Kandariya Mahadeo Temple, Adinath Temple, Panna National Park. 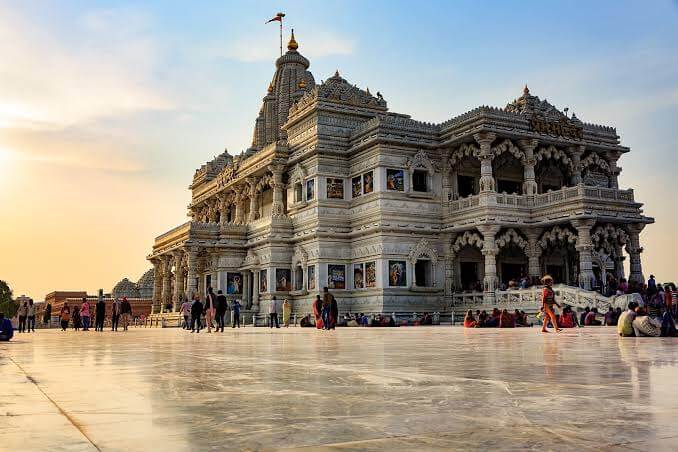 Mathura is one of the holy cities located in the Indian state of Uttar Pradesh in Northern India. Hindu God Krishna is said to have been born on the site of Shri Krishna Janmabhoomi Hindu Temple located in Mathura.

Yamuna River flows through Mathura and consequently, there are 25 Ghats. You can pick the Yamuna Express Highway or the Taj express Highway to reach Mathura from Delhi.

Vrindavan is a divine city in Uttar Pradesh, northern India. The Childhood of the Hindu Lord Krishna was spent in Vrindavan. Like Mathura, you have to cross 182.6 Kms from Delhi to reach Vrindavan and your journey would take 3 hours and 10 minute’s time.

You can reach Vrindavan by visiting the railway station of Mathura and then you must a taxi to Vrindavan. Places to visit in Mathura & Vrindavan are Banke Bihari Temple, Prem Mandir, Vrindavan, Shahji Temple.

8. Enjoy the mesmerizing view of Chandigarh 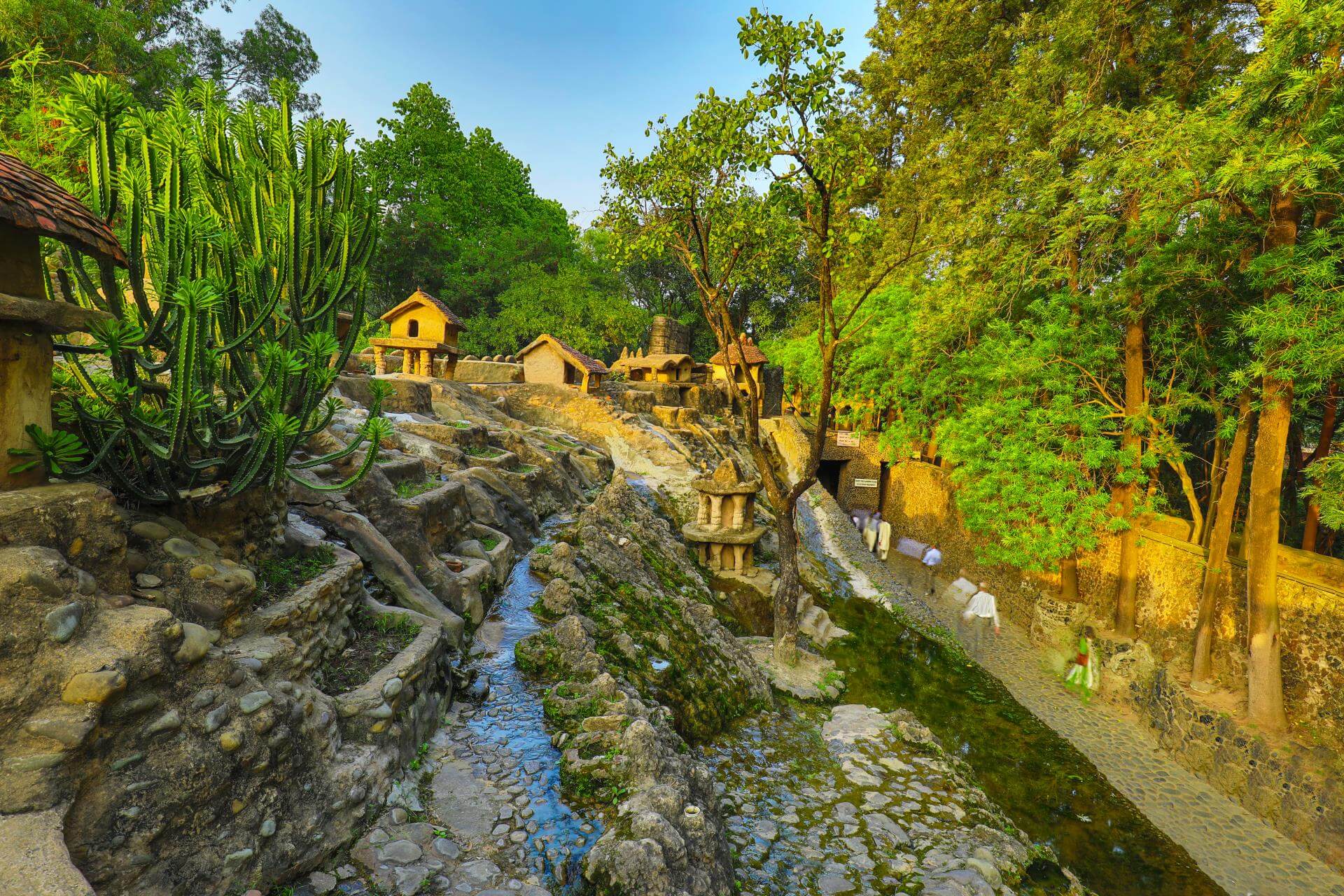 Chandigarh, the capital city of two Indian bordering States Punjab and Haryana is one of the best cities to explore in India. Chandigarh is also an union territory in India.

Chandigarh city was designed by the Swiss-French modernist designer known as Le Corbusier.

Chandigarh is not only popular because of its tourist attractions but it is one of the cleanest cities in India. Due to the same reason, Chandigarh is known as ‘The City Beautiful’. 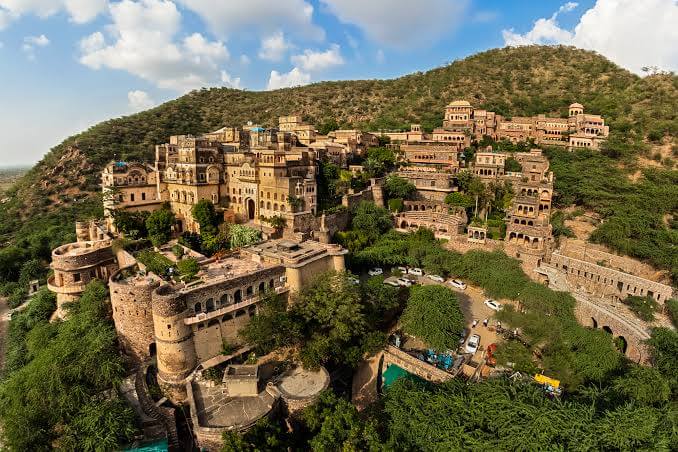 In the Alwar district of the Indian state Rajasthan, Neemrana is a very old historical city. Neemrana is located just 84 km from Gurgaon.

From Delhi, Neemrana is 122 Kms. This ancient historical town is located between the Shahjahanpur and Behror. It is well-known for its stunning constructions and its glory.

Likewise, you can go through the Western peripheral expressway. It will cover 153.9 Kms and you have to spend 3 hours and 11 minutes. Places to visit in Neemrana are Neemrana Fort Palace, Sariska National Park. 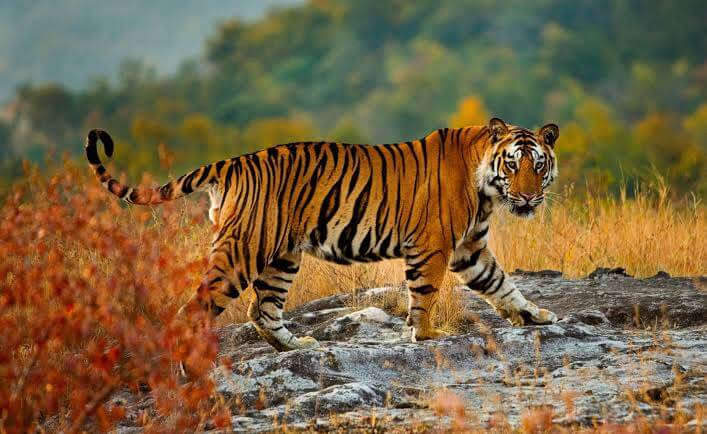 Near to the Sawai Madhopur District of Indian State of Rajasthan, you will find Ranthambore National Park, in Northern India.

This journey will take approximately 8 hours and 38 minutes. On the other hand, you can reach the Ranthambore National Park via NH 48 and NH 52 you and your journey will be of 456.7 Kms. 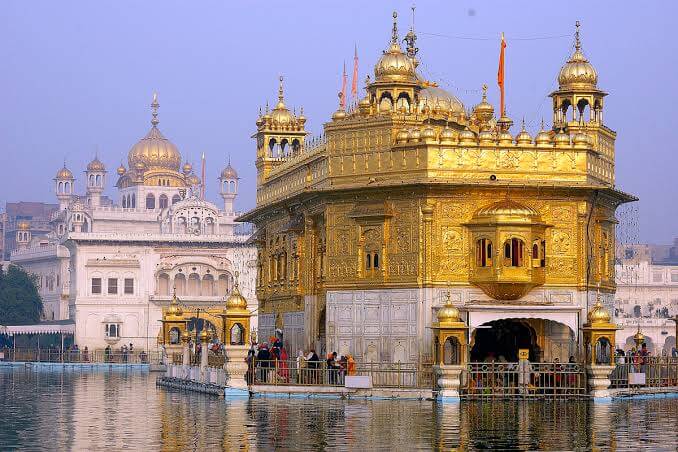 Amritsar is one of the most popular cities of the Indian state of Punjab that is located just 28 Kms far from the border of India and Pakistan.

This historic city holds a number of tourist places in which the Golden Temple is the main attraction. The largest and most significant city in Punjab is really transportation, commercial, and cultural hub.

In India, Amritsar is actually the hub of Sikhism and the place of the Sikh's principal place of adorations.

You can give preference to the rail route and the aerial route to reach Amritsar quickly from Delhi. Places to visit in Amritsar are Sri Harmandir Sahib/ Golden Temple, Wagah Border, Jallianwala Bagh

12. Explore the Royalty of Bikaner

In the North Indian state of Rajasthan, Bikaner is one of the most popular cities. Bikaner is located on the east of the boundary with Pakistan. Rao Bika ji established the city of Bikaner.

From Jaipur, Bikaner is located at 330 km. Bikaner city is well-known for its Junagarh Fort, the Prachina Museum as well as the Karni Mata temple.

You should plan your next trip in way that will enable you to cover most of the places nearby Delhi. Capture moments from all the corners and it will help you to revisit the magnificent places over and over again.