Top 10 Ideal Things to do in Bhutan

The red robed monks, the rustic lifestyle, the snow capped Himalayas and the gushing rivers define Bhutan. Hence if you want to relax at the laps of nature, be at Bhutan, the happiest place on earth.

Table of Contents hide
1. Explore the kaleidoscopic monasteries of Bhutan
2. Participate in the festivals of Bhutan
3. Trek the spotless beauty of nature
4. Feel nature at celestial Paro
5. Play some traditional games of Bhutan
6. Fall in love with creative arts at Bhutan
7. Dive into the Buddhist culture of Bhutan
8. Enjoy a thrilling jungle safari
9. Shop to be warm and cosy
10. Savour the cheese and chilli of Bhutan

1. Explore the kaleidoscopic monasteries of Bhutan 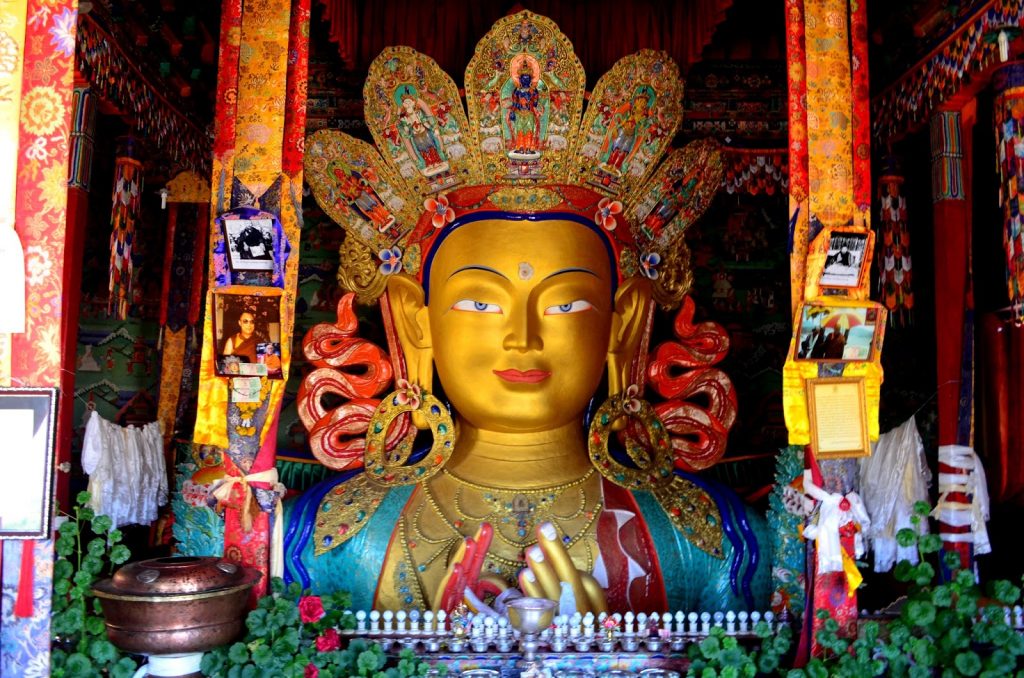 The landscape of Bhutan is dotted with numerous monasteries which take you back in the golden era of Buddhism. The chain of monasteries of Jambey Lhakhang of Bhumthang and Kichu of Paro are a part of the legendary 108 temples that were built on a single day to subdue an ogress. Roll the large prayer wheels at these colourful monasteries chanting Buddhist hymns for a soulful experience. The Trongsa Dzong is a majestic example of Bhutanese architecture; the four directional doors of this monastery are adorned with ancient paintings which depict several religious customs.

The Taktsang Monastery of Paro, popularly known as the ‘tiger’s nest’ worships the Guru Padmasambhava and is related to a popular legend of the country. Rinpung Dzong, another fortress cum monastery of Bhutan is considered as an epitome of Buddhist architecture. While the walls of the monastery are no less than a colourful canvas, the ancient murals, like that of the ‘mystic spiral’ adorn the monastery. The Punakha Dzong is considered to be the most beautiful monastery of Bhutan lying under the shadows of the bright jacaranda flowers and at the backdrop of the two rivers, Mo Chu and Pho Chu.

2. Participate in the festivals of Bhutan 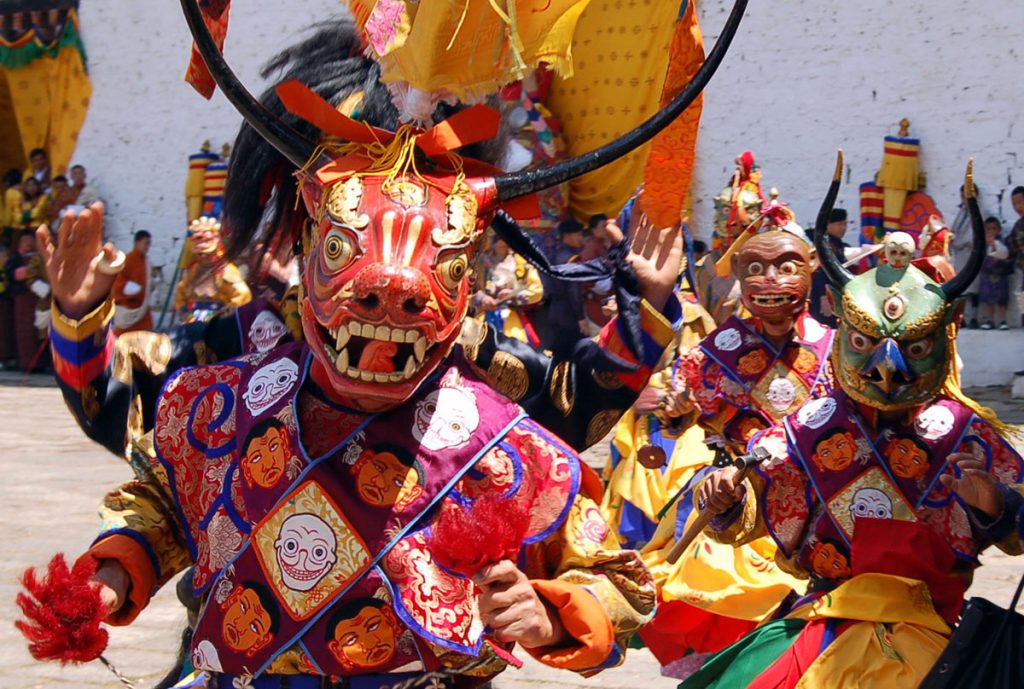 Enjoy the famous mask dance of Bhutan during the festival of Tsechu via having Bhutan Tour packages; various incidents from the life of Guru Rinpoche are narrated through these traditional dances and songs.

Get more information about festival celebration & prepration of Ladakh

3. Trek the spotless beauty of nature

You get a golden opportunity to inhale some fresh air, devoid of carbon dioxide when you are at Bhutan. Do not miss the chance to travel on some of the most challenging routes of the Great Himalayas and as the dawn breaks climb the hills, hike or cycle through the virgin forests of Bhutan. The Druk Path, Jhomolhari, Laya Gasa and Snowman are the other trekking routes of Bhutan.

Paro Valley, the oriental Switzerland welcomes you with the fluttering white flags, blossoms of yellow peach flowers and green fields. The Dochula Pass offers you a miraculous 360 degree view of the Great Himalayas and on a clear day the mystic mountains with elegant chortens seems to be a heaven itself. 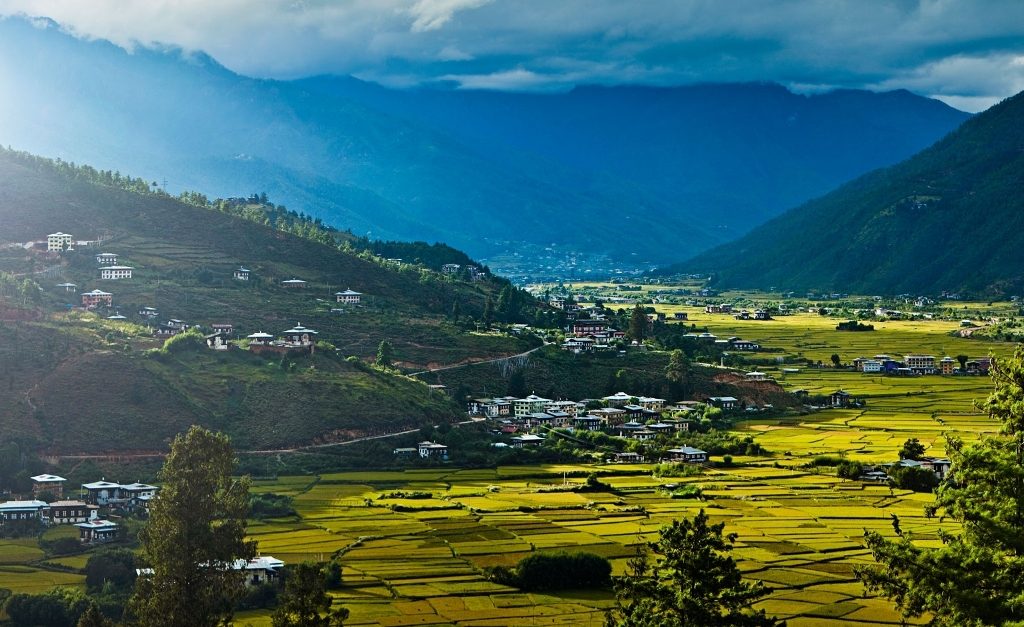 5. Play some traditional games of Bhutan

Bhutanese are in love with sports and hence archery is practised almost at all monasteries and sports academies of the country. You can also enjoy the exhilarating sports of degor, pungdo, soksum and keshi here; if you want to stay indoors, go for the fun game of khuru, which is similar to indoor dart.

Check out the detailed itinerary for 7 days Bhutan Tour

6. Fall in love with creative arts at Bhutan

Bhutan is passionate about arts and crafts; the Thimpu painting school offers a six years course on 13 different traditional arts and crafts of Bhutan. Interestingly, these crafts and masks prepared here are used using the Buddhist festivals.

7. Dive into the Buddhist culture of Bhutan

The national museum of Bhutan also houses the creative arts and paintings of the country; while the national library at Thimpu lets you turn the golden pages of Buddhist manuscripts and books to know more about advent of the religion and its philosophy. 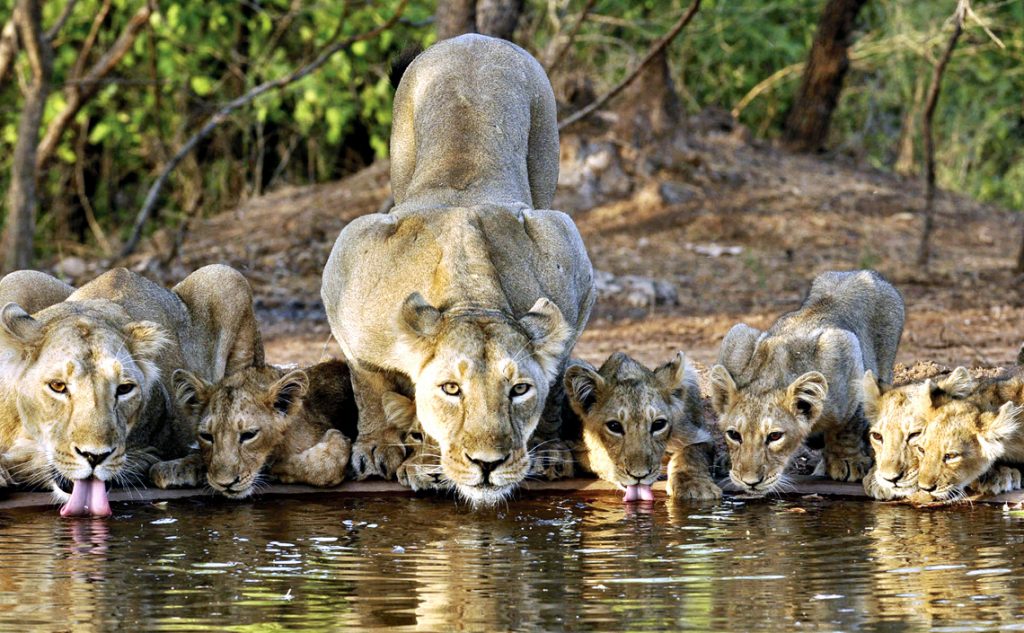 The bio diverse region of Bhutan is the life for varied flora and fauna. Be at the undirturbed terrain of the musk deer and Himalayan black bears at the Jigme Singye Wangchuck National Park. The golden langur, red panda and the Royal Bengal tiger rule the forests of Bhutan. You can also be at the Trumshingla National Park or Royal Manas National Park to walk through nature.

9. Shop to be warm and cosy

When in Bhutan you surely cannot resist buying some of the woollen clothes sold here. Warm and soft, Bhutan is well known for its sweaters and shawls. The multi coloured traditional kira dress also depicts the Bhutanese love for colours. The turquoise and coral trinkets are perfect souvenirs as these represent the famous lungta handicrafts of Bhutan, while the rich thangka paintings and varied shaped and coloured silk and metal foiled Bhutanese stamps are lifetime treasures.

10. Savour the cheese and chilli of Bhutan

The chilly weather of Bhutan has given birth to spicy food items and ema datshi, a blend of cheese, chilli and meat forms the national dish. Mushroom datshi, dried beef, red rice, buckwheat pancakes along with the snacks of hot momos and goep are delicacies of Bhutan.

Hence, live a different life at the Himalayan kingdom of Bhutan, where happiness is simplicity.