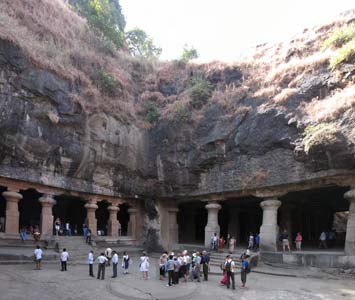 Getting up-close with the finest caves of India, here is a World Heritage Caves Tour organised by the Visit India Travel . The 3 Nights/ 4 Days tour organised by the Visit India Travel leave with a blissful opportunity to enjoy the most popular and excellent world heritage sites in India. The caves have been considered as the remains of the ancient times having mysteries behind it.

The Ajanta and Ellora caves of the Maharashtra are almost made out of rock. The architecture is a bit old fashioned as it was made out of rocks but this thing compliments it as the preserved and vintage places are always loved by the people. Everybody loves to see things that they have never seen in their own lives. The paintings and sculptures which are the masterpieces of fine art have been dedicated to the Buddha. The way Buddha spent his life is perfectly described through these paintings and sculptures.

Fortunately, UNESCO declared it as one of the world heritage sites and this made it to become one of the popular destinations for the people who want to see something unique and special. Now, many of the temples which are viewed were built by Hindu Kings who wished to dedicate it to the Great Buddha. Luckily, the Visit India Travel have organised the World Heritage Caves tour in such a way that you would be able to visit every bit of the world heritage caves without compromising on comfort and luxury