Top Activities To Do in Varanasi

Things to to in Varanasi isn't as numerous on doing lists in other cities, yet some of them get overlooked by those planning a visit to this town. Varanasi is as old as human civilization is. The ancient city nestled at the banks of River Ganges is found in Uttar Pradesh.

It is one of the seven holy cities in India, Varanasi also has the names of Benares and Kashi. From birth to death, every aspect of earthly existence and a few say even salvation is achieved only within the 5000-year-old city. The experience of the city is beyond words.

Two worlds close in Varanasi and every one spectacular in their way. The beating heart of Hindu culture, pilgrims believe that the town offers moksha (liberation from the cycle of birth and death). And then there are overtures of modernity in activities like the evening arti which may be a spectacle on a grand scale. 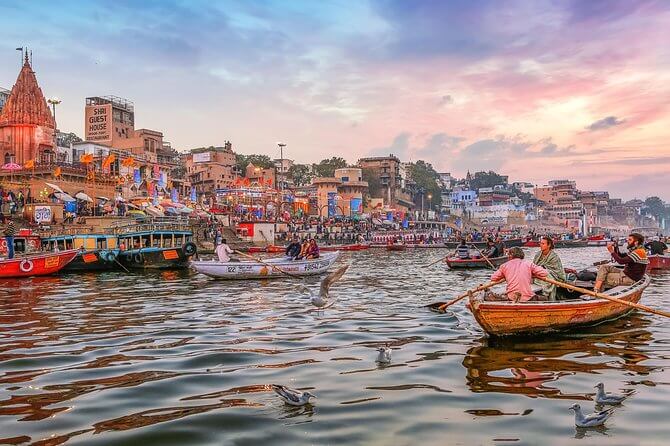 The holy Ganges supplies Varanasi with a spiritual charm with rowboat rides during the dawn is probably one among the simplest things to try to to in Varanasi. The ride along Ganges River is one of the amazing experiences of Varanasi you shall cherish for a lifetime.

It takes one through different Ghats and former palaces situated on the brink of the banks of Ganges, giving a view of this River and therefore the region. Observe the Hindu rituals.

The best time to enjoy the boat ride of the Ganges River is that the dawn hour also because of the dusk hour.

Early morning from 5:30 AM to 8 AM may be a great way to ascertain the sunrise and therefore the city engulfs you in its charm. A sunset boat ride, especially during the aarti, is additionally spectacular.

2. Take Bath in the River Ganges 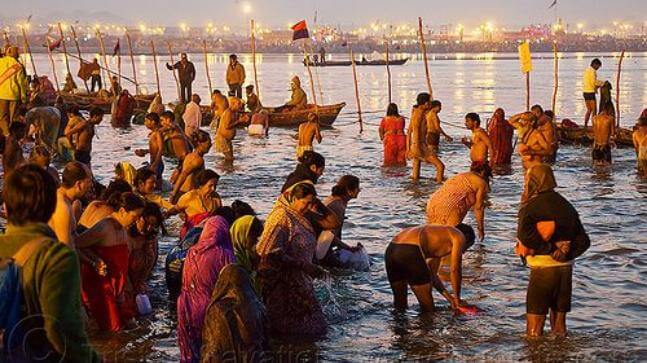 The holy Ganges supplies Varanasi with spiritual charm. The waters of the Ganges River are sacred. The divine river offers salvation to everyone who bathes within the water.

Pilgrims from everywhere within the world regardless of their age take a dip within the water to absolve their sins and attain moksha, liberation from the cycle of birth and death.

Varanasi has quite 84 Ghats with stairs resulting in the waters. Bathing happens here seen since the dawn. People chant prayers to appease the River Goddess.

3. Rendezvous with Gods at Temples of Varanasi 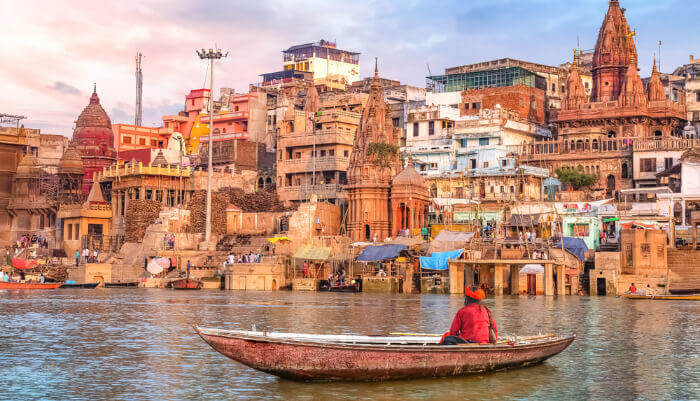 Owing to their religious significance, temples feature high on the list of things to try to to in Varanasi. In the Holy Land of gods, the temples of Varanasi offer an immediate rendezvous with gods. The ancient city features a temple in every nook and corner.

Some temples have links with legends of Hindu mythology and lots of are built to honour their faith. The architecture of the temples is of note.

The spiritual ambience is soul-cleansing and worth some time. The most popular of the temples here is that the Kashi Vishwanath Temple.

Encased in two gold domes the temple was in built 1780 by Queen Ahilyabai Holker of Indore. A Jyotirlinga of Lord Shiva referred to as the Vishwanath is enshrined in here.

4. A Sunset Stroll Along The Ghats 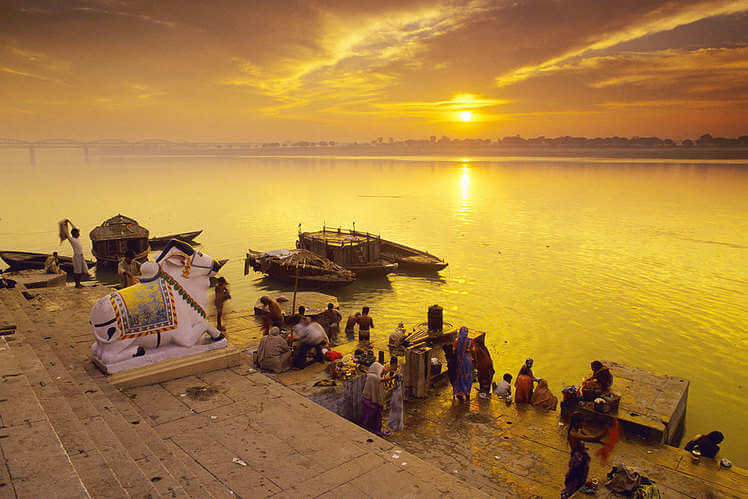 The Ghats along the River Ganga in Varanasi is that the most charming sight within the Celestial City. Strolling along the Ghats at sunset hours is a unique experience. Exploring the Ghats is one among the simplest things to try to to in Varanasi.

The city has almost 100 Ghats, the steps of every resulting in waters of River Ganges. These are bathing Ghats, praying Ghats and cremation sites for Hindus from everywhere the planet.

Dashashwamedh Ghat, related to two Hindu mythologies is one among the simplest places to explore. Some of the opposite major Ghats include the Assi Ghat, Mata Anandamai Ghat, Manikarnika Ghat, Munshi Ghat, Raj Ghat, Scindia Ghat, etc. Tulsi Ghat is believed to create people get obviate leprosy and is very revered by all. 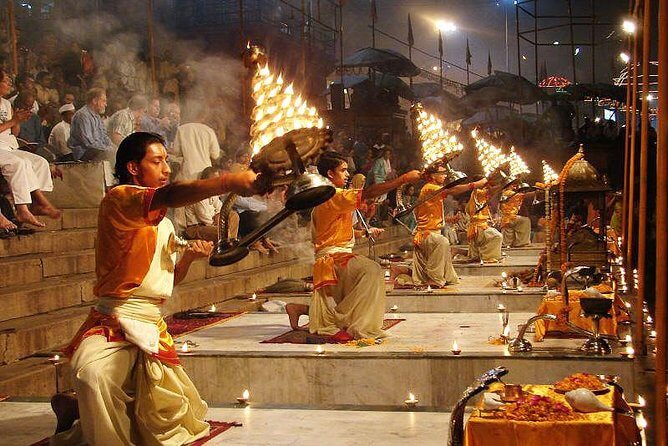 When we mention things to try to to in Varanasi, the evening aarti does feature together of the highest activities once you are visiting Varanasi.

The Evening Aarti Ceremony at the Ganges in Varanasi is assuredly a sight you shall cherish for an extended time.

The surreal ceremony needs to be viewed from the Dasawamedh Ghat. Witness the gorgeous rituals unfold themselves ahead of your eyes and spellbind you. Brass lamps of huge sizes of just about 4.5 kgs are used during the spiritual greeting.

Chants, aromas of flowers and incense creates a blissful blessing. The dusk sky shines with the radiance of divine. The Ganga Aarti ceremony is performed every evening for 45 minutes ritual is held at 6: 45 PM.

6. Looking for weavers village in Varanasi

The weavers of Varanasi are internationally known for creating a number of the foremost beautiful masterpieces. The Sarai Mohana village is that the weavers’ village is popular for its silk weaving. The Banarasi sarees made by these waivers are among the best saris in India.

Known for his or her gold and silver brocade or zari, fine silk and opulent embroidery. These saris are mostly worn by Indian brides. In the village of Sarai Mohana, get to understand with the craftsmanship of the weavers with their dissimilar design.

These weavers work effortlessly on designing these sarees to stay its individuality. The masterpiece of the sari needs 15 days to a 1 month and sometimes up to 6 months to complete.

7. Go for a Sightseeing Tour of Sarnath 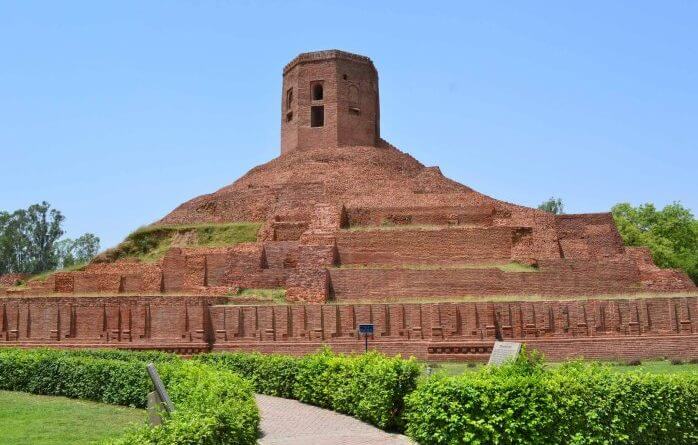 Sarnath has located just 12 km in the holy city of Varanasi. The holy site of Sarnath is popular because this is often where Buddha first taught the Dharma after his enlightenment.

One of the four holy Buddhist sites, the relics of the world draw visitors in huge numbers. Having faced destruction at the hands of Turks, there are some interesting ruins to explore. The Dharmekh Stupa is impressive.

Dating around 200 BC the pillar is 128 feet tall, and 93 in diameter. Mulagandhakuti Vihara marks the place where Buddha spent his first period in meditation. The Ashoka Pillar at Sarnath has some attractive carvings.

Also, here are six national temples of varied Asian communities, including a Tibetan temple and Sri Lankan temple. The Archaeological Museum of Sarnath is worth traversing as there are reserves housed here.

History has been written in all era Varanasi has seen. Every period has left behind some intriguing remnants. The Gyan Vapi Well, the Well of Wisdom is believed to shelter the linga from the first Vishwanath Temple, which was sabotaged by Mughal emperor Aurangzeb within the 17th century.

The Banaras Hindu University, established by Sanskrit scholar, Madan Mohan Malviya houses the famed Bharat Kala Bhavan Museum. Browse through its rich collection of Indian paintings dating between the 11th century and 20th century and are about 12000 in number.

Ramnagar Fort located across the river beyond the Assi ghat was inbuilt the 17th century. It has been the house to royals of Varanasi for over 400 years. Although almost in ruins today, the mansion still retains its magic and memorabilia.

9. Enjoy shopping in the local markets of Varanasi

Another best thing you can do in Varanasi is shopping. In the afternoon or evening, you can go for shopping in the local markets, to pick up silk saris with intricate floral designs or detailed thread work and junk jewels for which the city is famous.

While walking through the local markets, you will observe fine silk, stone inlay work, bangles, shawls, carpets and idols of deities, providing you wide options to purchase souvenirs as gifts for your loved ones. Vishwanath Lane, Chowk, Thateri Bazaar, and Godowilia are the prominent shopping areas of the city.

10. Eating call at Varanasi Or Food in Varanasi

Food in Varanasi is a gastronomical experience. Relish the wide assortment of mouth-watering delicacies. The streets of Varanasi present you with the most famous food and various specialities unique to this city.

Another famous treat of Banaras is their Paan. It is a speciality of Varanasi made from betel leaf and will be definitely on your list.

Q. What is the famous things to eat in Banaras?

A. The streets of Varanasi present you with the most famous food and various specialities unique to this city. The famous snow cone, roasted peanuts, the delicious chat items like Tamatar Chat, Pani Puri, Kachoris, Aloo Tikki, variety of sweets like Jalebis, Banarasi Kalakand, Rabri, etc.

Q. Is Varanasi safe for tourists?

A. Just like any other city Varanasi also has some not so good and uncooperative people who are also the hindrances in everything. It's not like Varanasi is filled with goons and crime, and not safe for outsiders. Varanasi is extremely safe for solo travelers, but the only problem is the Culture change.

Q. How many days are enough in Varanasi?

A. Two days for varanasi would be enough to explore the city of Varanasi.

Q. Which is the best time to visit Varanasi?

Q. What is Varanasi famous for?

A. Varanasi is the oldest city in India famous for its Evening Ganga Aarti Ceremony at Dasawamedh Ghat, early moring boat ride in the River Gange, shopping, and its street foods.

Q. What are the famous attractions to visit in Varanasi?