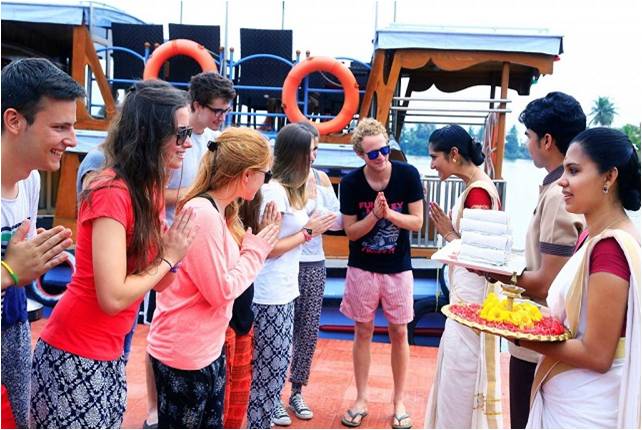 India has a beautiful culture, which astonishes tourists from other parts of the world. It is not just because the culture is several thousands of years old. It is beautiful because of its ability to be secular and at the same time stick to the essence of each cultural group. India’s unique culture has led to several celebrations, traditions, and customs.

Most of these customs have been rooted in texts and scriptures, which are older than science and have been scientifically proved to be advantageous for mental and physical health.

To welcome anyone, the locals do Namaste. Namaste is an act where the person would place his hands palm-to-palm and raise it up to his chest and say ‘namaste’. It is translated as ‘I bow to you’. Namaste was derived from Namaha, which means ‘not mine’, which indicates that the person performing Namaste is reducing any presence of ego in his mind to get to know the other person. Placing the hands parallel to the chest represents ‘May our minds meet’.

You cannot pick a week, where there is no celebration in India. With a diverse religious background, the country has numerous festivals and to top it all, each ethnic group, state, and every community has its own list of festivals. Starting from Eid to Diwali, even religious festivals are not bound to one religion. Every celebration tactics like sharing sweets, greetings, and feasts are performed to bring all religious people together to spread happiness. In simple terms, festivals are forms of happiness and happiness knows no caste, religion or creed.

While the entire world is trying to condense the universe into their phones, India still lives in the world of family values. The concept of joint family is thriving only in a few countries around the world and India is one such country. This cohesive element of society helps in bringing minds together to create a happy life. Scientifically, the joint family system is said to reduce financial and mental stress and problems, in the long run.

The Gratitude of Fasting

Many religious celebrations involve fasting. Beyond those, many people skip a meal on a specific day of a week, to pay gratitude to a God or a notion. Theologically speaking, this is a way of showing God that you are ready to sacrifice your happiness for the wellness of your family or for a better future. Depriving your body of necessity for a short period of time shows your commitment. These fasting have become rules in many celebrations too. When it comes to scientific reasoning, fasting promotes control and regulation to our system. It promotes a healthy environment inside your body, where your mind will have entire control over your body.

Cow as a Holy Animal

Cow is considered as a gift to mankind. Indians are basically farmers and merchants. Cows help them with works in the field, cows were used for transportation and cow gives milk, which is the only food, which is kept in the same regard as a mother’s milk. Cow is a representation of motherly love and protection. Cow is also seen as a representation of wealth and divinity. The mythology of Lord Krishna and several other Gods are related to cows. Feeding cow and taking care of cows are considered as a good deed. There are several festivals related to cows, like Pongal and others. Many communities have banned killing cows in their region.

The Science of Religious Sites

Temples were built in the past by kings as a representation of their reign and a symbol of his control. These temples were built with strict architectural rules to create positive vibrations. For instance, copper plates are buried in the base of the temple to create a good resonation of energy. This is why people would feel energized when they enter into the temples. The temples are built with rugged stones and the devotees are expected to remove their footwear and walk barefooted to stimulate the pressure nodes in the sole to create better health. Each ritual starting from ringing bells to the sitting posture while praying are scientifically proved to create a good and healthy mental and physical being.

Marriages are celebrated like festivals and rituals are conducted during the wedding as a gratitude to God for bringing two families together with the marital knot. While marriage out of love is quite common in India, there are numerous couples, who are brought into marital life by their parents. Auspicious horoscope match dictates whether the two should be together or not.

This is the basis of almost all traditions in the country. This code of conduct represents the way children are taught to have empathy over others and also to develop them to become a better person. Atithi Devo Bhavah can be translated as ‘Guest is God’.

You cannot represent the culture and heritage of the land without introducing dance and music. Every state has its own iconic dance and music, which are considered as a language to communicate with God and nature. Each movement of the dancer and each note of music haveapositive effect on body and mind. There are so many festivals to recognize these dance and music forms of each land and the entire country too.

Indian cuisine is very much linked with the culture. Each festival and celebration is beautified with cuisine and many delicacies are made just for the celebration. The cuisine of each state is made with ingredients, which are native to the land. The signature dishes of each land have influences from the rulers of the region too. The regions which were under the control of Mughals have a different palate of spices when compared to the southern states, which were ruled by local rulers. The Rajasthani cuisine has influence from Rajput rulers and so on.

These mythologies represent the backstory of numerous deities and also give a good base for knowledge transfer. Each story is rich with moral lessons, human values, and righteousness. These stories are traditionally taught to children as they grow to make them be good, do good and stand up against evil.

Each region has its own language. Each community in the region has a version of that language. For instance, the entire Tamil Nadu speaks Tamil but, the tone and style of speaking differ between each region. There are more than 400 languages in India and only 22 are recognized by the constitution.

Food is medicine; medicine is food. This is the basis of healing in India. Ayurveda has been in the culture for several thousand years before modern medicine and it has gained attention from people around the world. Himalayan regions and Kerala are famous for Ayurvedic treatments and massages. Many herbal oils are made for providing relief for various problems. Ayurveda is not just a list of medicines and massages. It is also a way of eating and living. People cook food in earthen pots and eat in fresh banana leaves. This promotes holistic wellness. People wear copper bracelets to provide better energy and drink water from copper vessels and so on.

Beyond these elements, there are a few unique cultural customs around the country, which would give you the awe. These customs are so unique that they have become cultural attractions among tourists. Some of these customs to enjoy are - 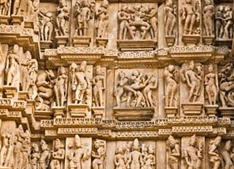 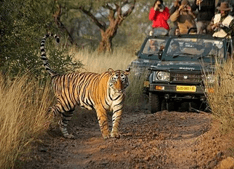 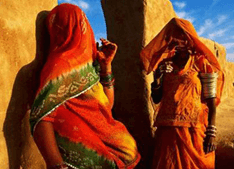 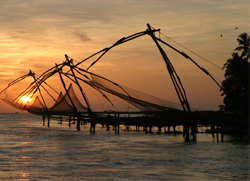